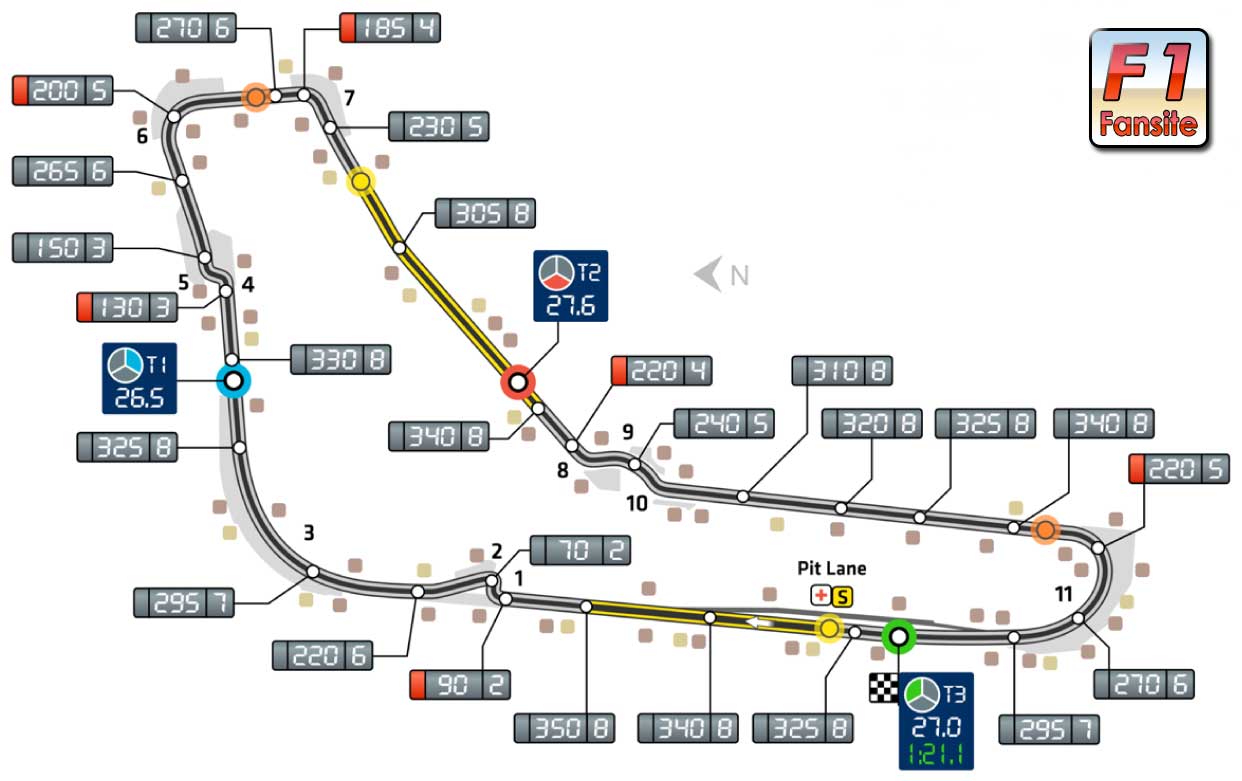 Pit straight
The pit straight is one of four bursts of full throttle on the circuit. With the highest top speeds of the season also requiring the longest gear ratios through necessity, the engine will run throughout the entire rev range during these stretches. The drops between the gears are forcibly relatively large, which means that the entire power curve is tested at Monza, and not just the top end as commonly believed. The main challenge is to have the engine touch the rev limiter late on the straight: hit the limiter too early and you are a sitting duck, passed easily by those close enough behind. Go too long and the result is the same, too slow at the end of the straight. They may look easy, but the straights really aren’t – any mistakes in gear ratio selection will become evident very quickly, and replicated during each period of wide open throttle.

Variante della Roggia
Although the straights of Monza justifiably hog the limelight, the chicanes also demand close attention. The first two require the drivers to brake from over 300 km/h to under 80 km/h, and then accelerate back up again to over 300 km/h. Drivers try to cut the chicanes to shorten the lap, but in doing so they also run over the kerbs. When they do so the car can take off, if only for a split second, unloading the drivetrain and sending the engine crashing into the rev limiter. Engineers will also play with the overrun settings to improve rear stability under braking which, combined with the lowest downforce settings of the year, is of paramount importance. In fact the chicanes and their kerbs, which take less than two seconds to negotiate, are usually the cause of the biggest overall lap time loss if the car is not set up correctly.

Schumacher at the parabolica

The Parabolica
The Parabolica (corner 11) is probably the trickiest corner on the circuit, a radial turn taken in fourth gear at close to 180km/h. The engine must provide a roughly constant level of torque throughout, similar in essence to the last corner at the Hungaroring but much faster. This is a relatively unusual set of circumstances for an F1 engine, with most corners simply being “point and squirt”, so engineers will ensure that the engine continues to produce the exact torque requested by the driver throughout corner exit. There cannot be any sudden changes in the power delivery, which can destabilise the car and incur a lap time loss. Equally the driver must be very precise with the throttle pedal, teasing it to the just right level to keep the car balanced throughout the corner.