Lewis Hamilton has won the 2015 Italian F1 Grand Prix today with a big gap of 25 seconds to 2nd place finisher Ferrari driver Sebastian Vettel. The podium was completed by Williams driver Felipe Massa. Mercedes driver Nico Rosberg was driving on 3rd position when on lap 51 his power unit blew up.

British driver Hamilton won his 40th Formula 1 grand prix and the 39th race win for Mercedes. He now only has one race win less then legend Ayrton Senna had.

Kimi Raikkonen who qualified 2nd, his best qualifying since China 2013, had a very bad start that put him into last place in the first chicane. After 20 laps he passed a lot of cars and was driving on the 5th position already. Read more about the 2015 Italian Formula 1 grand prix race report. 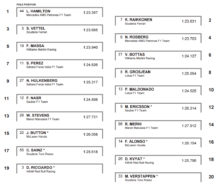 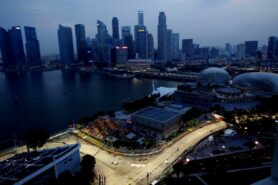