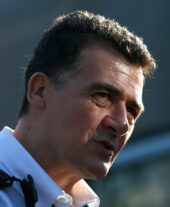 In 2010 the name Lotus returned from the ashes after it disappeared in 1995. but under very strained circumstances. Litespeed submitted an entry for the 2010 season under the name of Lotus F1 Team, creating controversy with Lotus owners. The Malaysian government backed the plans and businessman Tony Fernandes bought the rights for the name. They didn't score a single point that season.

Rivals Renault were pulling out of the sport and Group Lotus PLC did a deal to create Lotus Renault for the 2011 season. They faired little better and still failed to score a single point. This saw two ‘Lotus’ teams on the grid and only after support from the Chapman family did Lotus Renault become ‘Lotus F1’, supporting Group Lotus PLC and not Fernandes. The Malaysian’s team were renamed Caterham for the 2012 season.

The Lotus F1 team was far more successful in 2012 with Kimi Raikkonen winning in Abu Dhabi  and finishing third on the championship and 2013 saw a continue of that success, with Raikkonen winning in Australia.However, 2014 has been miserable as cash problems take hold again. The future is uncertain for one of the sport's great teams.