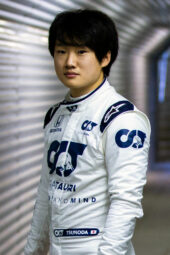 After the debut of the 4-wheel race 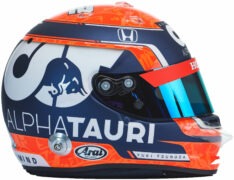 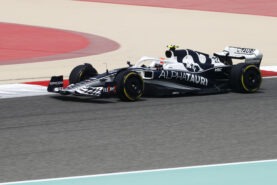 Yuki Tsunoda, AlphaTauri AT03 during the Bahrain March testing (2022) 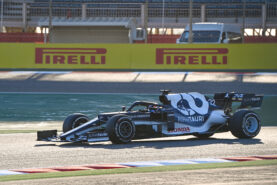 It's the final time we have Pierre Gasly & Yuki Tsunoda on the show together, you're gonna enjoy this one! 1) Yuki ruins the intro. 2) Catching up on Austin, Mexico, Brazil...

Nov.3 - Pierre Gasly isn't sure whether his teammate Yuki Tsunoda is ready to lead AlphaTauri from the cockpit. Frenchman Gasly is leaving the Red Bull orbit to join Renault-owned..

AlphaTauri's biggest episode to date! Pierre Gasly and Yuki Tsunoda jump back on the podcast airwaves for another quiz-off, they help solve some of your unwritten road rules, we..

Yuki Tsunoda invited our Formula 1 drivers from the Oracle Red Bull Racing, Max Verstappen and Checo Perez, and Scuderia AlphaTauri. Pierre Gasly for a race around Tokyo. But we..

F1 drivers are some of the most recognised athletes in the world, so how do Pierre Gasly and Yuki Tsunoda deal with the fame that comes with racing in Formula 1? Please share this..

Scuderia AlphaTauri today has announced that Yuki Tsunoda will remain with the team for the 2023 season, following his first successful two years in Formula 1. The Japanese driver..

Pierre Gasly and Yuki Tsunoda can be creatures of habit with their track arrival routines! It's time we checked out their race weekend schedule and what they do before each Grand..

No worries for Tsunoda about 2023 AlphaTauri F1 contract extension?

Aug.24 - It appears that Yuki Tsunoda has no reason to worry about his 2023 race seat at AlphaTauri. As Mick Schumacher scrambles for a potential alternative to Haas for next..

Enjoy a lap with Yuki Tsunoda around the Bahrain International Circuit in 4K and see what it's like for a driver to stop on the marks for a live pit stop! Please share this on..