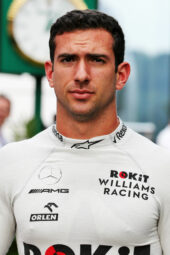 Nicholas Latifi is the only rookie of the 2020 F1 season.

Born in the 29th of June of 1995, Latifi is a Canadian driver who made his Formula 1 debut in the 2020 Austrian Grand Prix for Williams.

As almost every racing drivers do, Latifi started his motorsport life with karting. He competed in that discipline between 2009 and 2012. He won the Florida Winter Tour in the Rotax DD2 category in 2012 and in the same year he made his debut in Europe in the Italian Formula 3 Championship.

He won one race in the 2012 Italian Formula 3 and achieved three other podiums, which gave him seventh place in the standings. In 2013, he moved to the FIA Formula 3 European Championship, where he could not find any type of success in 30 races with Carlin.

He competed with Carlin in the British Formula 3 in 2013 too and achieved a couple of Pole Positions and a podium. Latifi also competed in the 2013 Masters of Formula 3 with Carlin and finished seventh. Apart from his European experience, Latifi took part in New Zealand’s Toyota Racing Series with Giles Motorsport in 2013 and finished ninth. 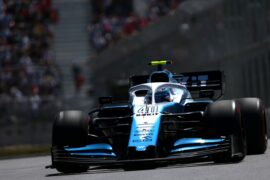 In 2014, the Canadian driver drove again in the FIA Formula 3 European Championship, this time for Prema, and again had a difficult year with just one podium and finished tenth. He participated in various series in 2014, including his debut in the GP2 Series and the Macau Grand Prix.

Since 2016, his duties were divided into the GP2 Series/FIA Formula 2 and a role as a Formula 1 Test Driver for Renault, Force India, Racing Point and Williams. In 2017, he achieved his first Formula 2 victory with DAMS, eight other podiums helped him finish fifth in the championship.

The 2018 Formula 2 season was again a tough one for Latifi. Although he won one race and finished on the podium on two other occasions, he only finished ninth in the overall standings.

In 2019 he had the best season of his driving career, probably based off of his experience. In 22 races in the Formula 2 Championship, Latifi won four times, achieved four Fastest Laps and climbed up to a podium spot eight times. He scored 214 points and finished second in the standings, his best result during his formulae career at any level.

His eleven appearances in practice sessions as a test driver in Formula 1 —six of them with Williams during the 2019 Formula 1 season—, and the huge financial backing that his father Michael provides for him, has helped Latifi land a seat for Williams in the 2020 season, as the team announced on the 28th of November.

While the financial package he would bring to the Williams table can certainly be talked about as a big part of why he will be competing in F1 in the upcoming season, he showed good racing ability in 2019.

There was a lot of talk about Williams' decision of signing Latifi was only considering the financial side and not the racing aspect. However, pairing George Russell —the Formula 2 champion in 2018—, and the Formula 2 runner-up from last year in Latifi seemed like a good lineup on paper.

In the 2020 season, Latifi finished 11th in his first race at Austria, and he went on to finish more times closer to the points than his teammate George Russell, even if the British driver outqualified him easily.

'Tis the season! As we approach Christmas, Williams Racing drivers George Russell and Nicholas Latifi decided to get in the festive spirit by getting each other some

2020 has been a year which no one around the world will ever forget. Williams reflect on a season like no

It's off to Sochi for the 2020 Russian Grand Prix. There's no motorhomes here, so let Williams Racing drivers George Russell and Nicholas Latifi show you around our hospitality..

Mugello played host to the Tuscan Grand Prix, the first ever Formula One Grand Prix to be held at the Italian circuit. To celebrate, we put Williams Racing drivers George Russell..

Sep.11 - Williams' two drivers are no supporters of moves to introduce 'reverse grid' racing in Formula 1 next year. Championed by Liberty Media, the plan was rejected by the..

With the team spending two weeks in Italy, racing in both the Italian and Tuscan Grands Prix, we put drivers George Russell and Nicholas Latifi to the test with a pizza making..

Sep.4 - Williams' two drivers admitted they were surprised to hear that they will have a new team boss within days. Following the sale of the British team to Dorilton Capital,..

Latifi buying Williams would be 'terrific'

Jun.26 - Williams will on Friday reveal a "sharp" and "smart" revised livery for its 2020 car. It comes after the struggling British backmarker, which is for sale, suddenly lost..

Jun.10 - Three names are in the fray as potential buyers for the struggling F1 backmarker Williams. That is the claim of Italy's authoritative La Gazzetta dello Sport, reporting..