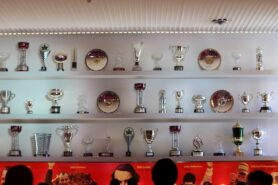 This Formula One Champions summary shows you who won a F1 world championship title in Formula 1 each year.

The list shows every Formula 1 driver and Formula 1 constructor (and engine) that won a championship title since the beginning of Formula 1 back in 1950.

You can sort the F1 Champions list by clicking on the little arrows above the columns.

We also have other interesting statistics like the all time F1 driver rankings and all time F1 team rankings for you.

Here you can see our view on who are the Top 10 best F1 drivers ever.

Which driver won the most F1 drivers' titles? 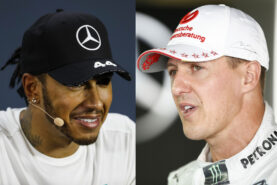 Driving Formula 1 is in the end, all about to become world champion. In total there are only 34 F1 champions that won a F1 drivers championship title. Of those 34 drivers 47% won two or more championships, in fact a crazy amount of 16 drivers has won more than one title. On top of those 16 drivers are Michael Schumacher and Lewis Hamilton who both won an amazing seven titles. In 2021 Hamilton was very close at scoring the record breaking eight Formula 1 drivers' title. Unfortunately for Hamilton, the champ lost it in the very last lap of the very last GP that 2021 season. Michael Schumacher is by the way, still the only F1 driver who scored 5 consecutive F1 drivers' titles.

The second most F1 drivers' titles are still won by the legendary Juan Manuel Fangio. He won five F1 titles. This great driver from Argentina drove F1 in the 50's. In that time F1 was very dangerous and many drivers got killed in action those days. Fangio also won 4 titles with 4 different constructors, which still is a record.

Third on this shortlist of champions are Sebastian Vettel and Alain Prost. They both won 4 titles.

Which team won the most F1 constructors' titles? 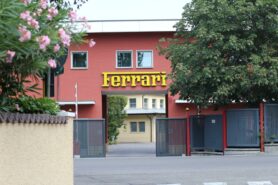 With eight consecutive won constructors titles the Mercedes F1 team is on top of the list. They won it from 2014 till 2021 and now the Mercedes team holds that F1 record for winning the most consecutive constructors' titles. Ferrari is second with seven (1999-2004) and McLaren once won four titles in a row (1988-1991).

Which country won the most F1 champion titles

The Formula 1 championship is a world championship, but out of the current 195 countries only 15 different nationalities are represented in the all time Formula 1 drivers champions list.

Below you can see the list of F1 champions by nationality.

Dec.5 - Max Verstappen is "already one of the greats" of Formula 1 history, according to broadcaster and former driver David Coulthard. The Scot was responding to mainly social..

Even though the very essence of sport deals with winners and losers, it is an incredibly subjective topic when it comes down to the best ever. Formula One is no different. Drivers..

Nov.14 - As Formula 1 prepares to return to the scene of the ultra-intense 2021 championship finale, Lewis Hamilton has ripped the bandaid off the wound. The seven time world..

Nov.11 - Fernando Alonso says he will be charging for his third Formula 1 drivers' world championship next year - in an Aston Martin. Having bemoaned his poor car reliability..

Nov.8 - Dr Helmut Marko has tipped Lewis Hamilton to be Max Verstappen's strongest championship challenger in 2023. This year, the early strong challenge came from Ferrari and..

Nov.3 - Formula 1 has entered the Max Verstappen era, according to Haas boss Gunther Steiner. Although the 2021 season finale and this year's budget cap scandal muddied the..

Oct.22 - Red Bull has called off a scheduled team press conference that could have spelled an end to the current uncertainty surrounding the budget cap breach. Instead, team boss..

Check out all news items about the F1 Drivers' Title