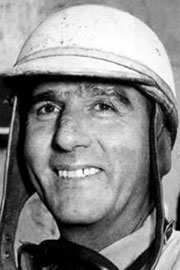 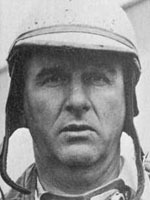 Giuseppe Nino Farina was the first-ever Formula 1 race-winner and the first champion in the history of the sport.

During the 20s, the Turin-born Farina, a great athlete overall, started his racing career with an Alfa Romeo which he bought for himself. He participated in the 1925 Aosta-Gran San Bernardo Hillclimb but crashed out of the competition. During the 30s, his career enjoyed the luxury of having the racing legend Tazio Nuvolari as a mentor.

Farina went on to win the Italian Championship three times in a row between 1937 and 1939. Then, he won many competitive European events during the 40s and some races in South America. In 1948, he won the Monaco Grand Prix driving a Maserati 4CLT defeating Louis Chiron by 35 seconds. Later on, in the 24th of October of 1948, he drove Ferrari's first Formula One car in the Circuito di Garda, winning the race over Bruno Sterzi.

The Italian entered the 1950 Formula One World Championship as a driver for Alfa Romeo. He was one of three drivers (Juan Manuel Fangio and Luigi Fagioli) to compete at the wheel of the Alfetta in every race of the calendar (without considering the Indy 500).

After becoming the first driver to win a World Championship race at Silverstone on the 13th of May of 1950, Farina went on to take two more wins (in Swiss and Italian GPs) in the following six races and scored three more points than Fangio.

Although Fangio won three races, his three retirements were key to Farina's success. Only the four best results counted for the World Championship and a driver was awarded one point if he had the fastest lap of the race. Farina added a fourth-place and three fastest laps to his three victories and secured the championship over the Argentine legend (30-27 in the standings).

Farina was not able to replicate his success in 1951 since he had to retire from three races with mechanical problems in his Alfa Romeo 159. In the three events in which his car could not complete the full distance, Farina had started the GP in the top four.

Despite his three retirements, the Italian finished fourth in the championship with 19 points, scoring four podiums in seven races. He took the fourth win of his career in the 1951 Belgian Grand Prix at Spa-Francorchamps.

One of the podiums he achieved during the 1951 season was due to a shared drive with his teammate Felice Bonetto in the Italian Grand Prix after Farina's car was sidelined early in the race with an engine issue.

For the third World Championship season in history —1952—, Farina moved to Ferrari to compete alongside Alberto Ascari and Piero Taruffi. Driving the Ferrari 500 2.0 L4 —a car with Formula 2 specifications—, Farina started the season scoring a dominant Pole Position for the 1952 Swiss Grand Prix with 2.6 seconds over Taruffi.

Farina's car retired from the inaugural GP of the season in the early stages of the race, which was a missed opportunity for him since Ascari was not competing due to his preparations for the Indy 500 of that year —the second race of the calendar, which Ascari entered as the only European driver—.

After Ascari's return from the US, there were six races left in the calendar and Farina just scored four-second places against Ascari's six dominant wins. Farina finished in the championship in second place with 24 points, 12 behind Ascari.

After his first winless campaign in the Formula 1 World Championship —although he won two non-championship races during 1952—, Farina entered the 1953 season looking to capture the title again, but the year started horribly in Argentina. After Argentinian president Juan Perón commanded free entry for the spectators, the race was run without any kind of safety for those involved. On lap 31, the inevitable occurred after a boy ran into the track and into the path of Farina. The Italian driver was able to evade the kid but ran into the crowd and seven persons lost their lives.

Unable to touch Ascari and Fangio in terms of speed and pace, Farina was able to take third in the championship again after scoring five podiums in eight races. The Italian took the last victory of his GP career at the Nürburgring Nordschleife in the German Grand Prix with more than a 60-second advantage over Fangio. Britain's World Champion-to-be, Mike Hawthorn accompanied the two former champions in the podium.

In the first race of 1954, he established the record for the oldest driver to achieve Pole Position when he started first in the 1954 Argentine Grand Prix at 47 years and 79 days of age, which still is the record. His streak of four consecutive podiums to end the 1953 season and another podium at the first GP of 1954 at Buenos Aires gave him the best streak of podium finishes in his career. He had started to compete in the World Sportscar Championship in 1953, enjoying some success and taking a couple of victories at Spa and Nürburgring. However, in 1954 his luck was different and a crash in the 1954 Mille Miglia dictated what his season would be.

Still recovering from his injuries, he participated in the following Grand Prix at Belgium and was leading after 15 laps when the engine on his Ferrari failed. Another Sports Car crash saw him burned at Monza, which meant he only took part in two World Championship races in 1954, finishing the year in eighth place with six points. He drove for Ferrari again in 1955 but took part only in three races. Although the results were good —two podiums and a fourth-place— the physical cost was too high since he was still taking painkillers to be able to race.

He decided to retire after the 1955 Belgian Grand Prix due to the physical pain. However, he tried to compete in the 1955 Italian Grand Prix at Monza in a Lancia D50, but a crash in practice —in which he was unhurt— saw him retire from the Grand Prix and from Formula One. He entered the 1956 and 1957 Indy 500, but for various reasons did not start any of the two races.

Farina retired from Grand Prix racing as one of the most successful drivers of his time. He retired with five World Championship wins, 20 podiums, five Pole Positions and four Fastest Laps and will forever be remembered as the first-ever World Champion.

Nino was a fierce competitor who often was considered as a bully inside the track but a gentleman outside the car. He died after he crashed on his way to the 1966 French Grand Prix, a race he was just going to watch. He was driving a Lotus Cortina.

"A man of steel, inside and out. But I could never help feeling apprehensive about him. He was like a high strung thoroughbred, capable of committing the most astonishing follies. As a consequence, he was a regular inmate of the hospital wards." Farina in the words of Enzo Ferrari.