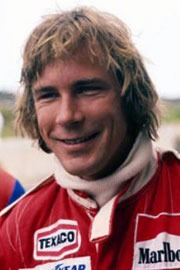 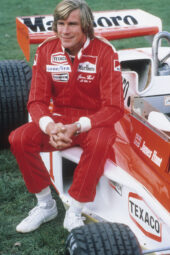 James Simon Wallis Hunt, four words and a life full of joy and rebelliousness. Ultimately, the life of a World Champion. Hunt was born on the 29th of August of 1947 in Belmont, England. There are not many secrets when it comes to his childhood and teenage years compared to what he represented as an adult.

He was a difficult kid whose energy was off the charts. Rebellious he was, and an athlete too. He played tennis and simply had everything going his way regarding his love life. However, at 18 years of age, Hunt would find what would drive his competitiveness on the right way and help him canalize it: car racing.

His father Wallis, a stockbroker, and his mother Sue did not support his immersion in racing, but a young Hunt was not going to be denied. After working hard to pay for his machinery, he was known as “Hunt the Shunt” due to the recurrent crashes, including a near-fatal accident in a Formula Ford race in which he got close to drowning.

As he progressed into Formula Three, he found some success, but still had exaggerated drives in which his mindset was not fully calmed to make great decisions at the wheel. Still, his speed was noticeable. After spending four years in Formula Three, from 1969 to 1972, Lord Alexander Hesketh came calling and Hunt made his way into the Formula 1 grid. 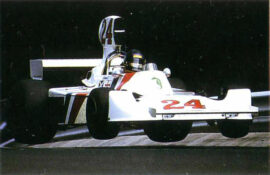 In a March 731 entered by Hesketh Racing, Hunt made his Formula 1 debut in the 1973 Monaco Grand Prix. He started the race from 18th place and could not finish due to an engine failure. He started seven of the 15 races in the 1973 calendar and was able to finish inside the top ten in the World Drivers’ Championship.

Though many did not respect Hesketh, the team showed speed and Hunt was able to score the first podium of his career in the 1973 Dutch Grand Prix. Then, he added another podium finish with a solid drive at Watkins Glen. He finished four of his seven races in 1973 in the points.

Hesketh built their own car for 1974, the Hesketh 308, and Hunt was able to gain podium spots again. Reliability and his tendencies to collisions only allowed him to finish eighth in the WDC again, although he participated in the complete season. Podiums at Sweden, Austria and the USA again, proved that Hunt’s driving was solid, although it needed polishing.

Hunt started 1975 with a great second place in the 1975 Argentine Grand Prix and then scored a point in Brazil. Then, a streak of five straight retirements —three due to mechanical issues and a couple of crashes— took him out of a possible title fight. After the unfortunate streak, Hunt came firing on all cylinders and defeated the two Ferraris of Niki Lauda and Clay Regazzoni in the 1975 Dutch Grand Prix to win his first Grand Prix. He gave Hesketh the first and only win of the team in the pinnacle of motorsport. 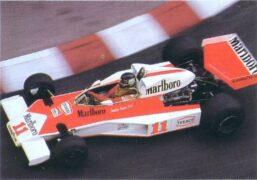 Eventually, Lauda won the WDC in 1975 and Ferrari was the top manufacturer, but Hunt’s strong second half of 1975 pushed him into fourth in the WDC and established him as a threat to the Austrian champion and the Italian giants.

As Hunt was no longer supported by Hesketh and Emerson Fittipaldi shockingly left McLaren at the end of 1975, the English driver saw himself with the chance to arrive in a big team. McLaren had won the World Drivers’ Championship for the first time in 1974 with the Brazilian driver and could help Hunt’s charge to become a World Champion.

Hunt grabbed the first couple of Pole Positions of his career in his first two races behind the wheel of the M23 but he retired at Brazil and finished second at South Africa. In the next four races, Hunt retired three times and took the second victory of his career at Spain, though he was initially disqualified.

Fifth in Sweden and a dominant win at France seemed to put Hunt’s season on track, but he was disqualified from his home race, the British Grand Prix, for not completing a full lap after the first start. The decision to disqualify Hunt occurred two months after the race. 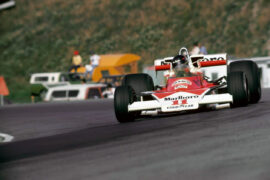 After the race at Brands Hatch, Lauda was the championship leader with 23 points over Hunt with eight races remaining. A win was worth nine points and, although Lauda’s lead was big, Hunt still had a shot. However, Hunt’s opportunity became very realistic when the unfortunate 1976 German Grand Prix arrived. His off-track friend, Lauda, had a near-fatal accident in a race Hunt himself won comfortably.

Hunt finished fourth and took a victory in the next two races, which Lauda missed due to his injuries. As the Austrian champion returned for the 1976 Italian Grand Prix, his lead was cut to just two points.

Lauda finished fourth in Italy and Hunt retired. With three races left, Lauda’s lead was just five points over Hunt. The English driver took consecutive wins from Pole Position at Canada and the USA to inch within three points of the Austrian with one race to go.

Pouring rain flooded the Fuji Speedway on Sunday. Hunt took the lead right out of the box, while Lauda only lasted two laps in the race before he withdrew due to the unsafe conditions —another champion, Emerson Fittipaldi, withdrew too—.

Hunt was comfortably ahead, but he was overtaken late in the race as his worn tyres produced a puncture. He pitted and came out fifth, but managed to overtake Alan Jones and Regazzoni to finish third behind Mario Andretti and Patrick Depailler and win the WDC with a one-point gap over Lauda. 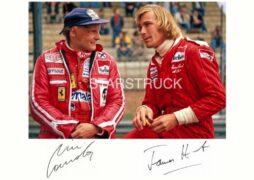 Lauda recovered in 1977 and retook the title, while Hunt could only finish fifth in the WDC. Of course, Hunt was not as motivated as he once was since he had already accomplished his goal. Still, he was not very competitive after his title-winning season and his third win of 1977, at Japan, was the last of his career.

Also in 1977, he helped an unknown Gilles Villeneuve start his F1 race with a McLaren car after Hunt got beat by the Canadian in a Formula Atlantic a year earlier.

In 1978, he finished third in France, which was his last podium finish. For 1979, he left McLaren and joined Wolf, but he retired after seven starts with the team and only one race finished.

After his retirement, there were moments in which he tried to return to racing, but he really found his place while commentating Formula 1 races alongside legendary narrator Murray Walker. In his second career, Hunt was just as loved by racing fans who enjoyed his unique style and the occasional harsh critique of certain drivers.

He married twice: first to Suzy Miller and then to Sarah Lomax, the mother of his two sons, Tom and Freddie.

At the age of 45, Hunt died of a heart attack on the 15th of June of 1993 in Wimbledon. To this date, more than 25 years after his death, Hunt continues to be remembered by Formula 1 fans as probably the biggest star of the sport due to his unique style, especially outside the track, and his personality.

Hunt rivalry with Lauda returned to the main stage in 2013 thanks to the movie Rush, with Chris Hemsworth playing Hunt’s role.

"We had a respectful, nice relationship. We trusted each other. He would not push you off the road, which in those days was important”, Lauda once said about Hunt.

Welcome to our ‘Nikki’s Helping Hands’ Christmas Auction. "Thank you for taking the time to visit this auction, set up by a group of friends, to raise funds for Nikki..

Strong personalities have always attracted sport’s fans, and sometimes off the track antics can hit just as many headlines as major victories and world titles. It seems we are..

Kimi Raikkonen will hide with tape his helmet tribute to hero James Hunt for the rest of the Monaco grand prix weekend, Turun Sanomat newspaper reported. We revealed on Friday..

Sebastian Vettel lacks "charisma", his friend Bernie Ecclestone has acknowledged. But the F1 chief executive, who plays backgammon with the 25-year-old reigning world champion at..