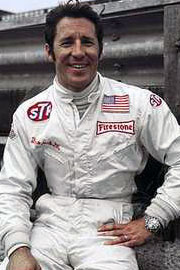 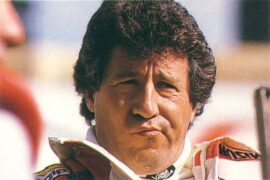 Born in Italy on the 28th of February of 1940 during World War II, Andretti and his family had to endure harsh times regarding overall comfortability as they had to live in a refugee during Mario’s childhood. During his teenage years, Mario and his twin brother Aldo had a passion for motorsport after they saw sections of a Mille Miglia race.

As a teenager, he attended the 1954 Italian Grand Prix, which Juan Manuel Fangio won with a one-lap gap over Mike Hawthorn, and his Formula 1 passion began. His motorsport craving continued and Alberto Ascari turned into his favourite driver. In a letter to his younger self published in 2016, Andretti described his admiration for the Italian Champion, the Mille Miglia, Monza, and the Italian Grand Prix as he said that was “all he thought about” as he was spending nine long days on a ship which his family boarded to move from Italy to the United States.

His motorsport journey continued in the United States as he and his brother started competing in stock cars on dirt oval tracks at 18 years of age after their High School time was done. On the dirt track at Nazareth, Pennsylvania, the Andretti brothers had success during their racing adventure, which was unknown to their parents. Their racing life hit their parents in harsh circumstances as Aldo got injured after a crash which threw him into a coma for 62 days due to a fractured skull, which unequivocally made their parents aware of the pair of twins’ racing career.

Aldo had another big accident in 1969 which provoked numerous facial injuries and ended his career.

Mario, who described racing as his “first passion” and his “only passion career-wise”, continued to compete all over the US and enjoyed much success. After starting his open-wheel career in the early 60s, Andretti went on to make his Champ car (now Indycar Series) debut in the 19th of April of 1964 at New Jersey.

After finishing his first Indycar season in 11th place, Andretti went on to win the 1965 and 1966 titles, although Indy 500 success evaded him in those two years. In the 1965 Indy 500, he finished third and earned Rookie of the year honours as he came home behind F1 champion Jim Clark and Parnelli Jones. Then, in 1966, he started the Indy 500 from Pole Position but he only lasted 27 laps in the race, which was won by F1 champion Graham Hill.

967 Daytona 500 and making his F1 debut for Lotus on the 6th of October in the 1968 United States Grand Prix at Watkins Glen. He got off to a hot F1 start as he qualified on pole in his first race, although he could not convert it into a good result on Sunday.

His chance with Lotus had been promised by Lotus boss Colin Chapman since 1965 when a Clark won the Indy 500 and Chapman was impressed with Andretti’s performance. Chapman gave Andretti the chance to compete for Lotus and wanted him to take a full-time seat, but Andretti wanted to continue competing in the USA and remained racing in F1 from time to time.

He competed in eight Formula 1 Grands Prix in 1969 and 1970, achieving his first World Championship podium driving for March-Ford on the 19th of April of 1970 at Jarama during the Spanish Grand Prix.

For 1971, he competed for Ferrari in six Grands Prix, winning the first race of the year at South Africa on 6th March of 1971. He beat the World Champion-to-be Jackie Stewart by more than 20 seconds after starting in fourth place. He only participated in five other races for Ferrari in 1971. 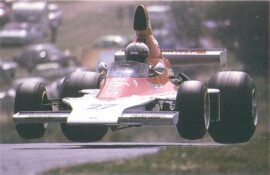 Mario Andretti in the Parnelli in France (1975)

In 1972, he had sporadic participation in F1 again as he contested only five races for Ferrari during the season. In the same year, he drove for Vel’s Parnelli Jones Racing in Indycar and the same team gave him the chance to compete in F1 in the final two races of 1974 (after not participating in any event from the 1973 season) and in most of the 1975 campaign. During those two years with Parnelli, Andretti’s best result was a fourth-place finish in the 1975 Swedish Grand Prix.

The 1976 campaign was pivotal for Andretti. The dream he thought of when watching his idol Alberto Ascari consisted of three missions: competing in F1, racing at Monza and becoming a World Champion. Only one step was needed for Andretti to fulfil his childhood dream and his Formula 1 road put Colin Chapman in his way once more.

Andretti finally drove a complete season in F1 with Lotus and a couple of races with Parnelli in 1976 (excluding the Monaco GP, which he missed to compete for the twelfth straight year in the Indy 500). The Italian-born American driver would finish the year with two third places and a victory in the last race of the year at Japan, which was the second of his F1 career. 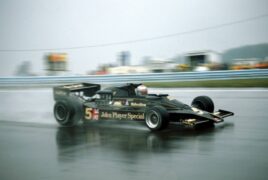 Again, only one step needed to complete his dream and emulate his idol Ascari. In 1977, Andretti drove the first car with ground effect in F1 history, the Lotus 78. Andretti got close to his first Formula 1 title, but his charge fell short and he finished third in the standings despite being the driver with the most victories during the year with four. Also, Andretti won the 1977 Italian Grand Prix at Monza, which was his only win in the track where he fell in love with the sport as a young man.

Monza was waiting for him for an even bigger moment the following year, although it was a sad moment for him. In 1978, the Lotus 79 provided Andretti with the chance to dominate the F1 field. The American won six of the first 13 GPs of the calendar and arrived at Monza with the chance to clinch the title, but his teammate and close friend, Ronnie Peterson, was the only driver standing between him and his childhood desire.

In the next race, at Monza, Andretti started on Pole Position and Peterson in fifth place. Andretti finished the race in fifth place, but a horrifying crash in the opening laps involving Peterson sent the Swedish driver to the hospital, where he would die the next day. A sad moment for Andretti happened, as his dear friend death confirmed him as the World Champion. On a letter to his younger self, published in 2016, Andretti said that he could not celebrate his championship and that he would gladly trade it to have his friend back. 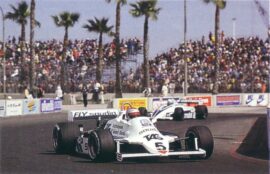 Again, he moved from Formula 1 to his old roots in the US. He made his final two appearances in F1 with Williams and Ferrari in 1982. With Ferrari, he qualified on pole for the 1982 Italian GP at Monza and finished third, which was the final podium of his F1 career at a track where the motorsport fire started to burn inside his body when he was a teenager with big dreams.

After 1982, Mario went on to compete in the Indy 500 for the following 12 years in a row, although a Pole Position in the 1987 edition was the best he could do. In other categories, he became a class winner of the 24 Hours of Le Mans in the 1995 edition, where he finished second overall driving for Courage Compétition alongside Bob Wolleck and Éric Hélary. 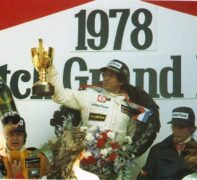 The last American to win an F1 World Championship and the last American to win a Grand Prix, the Andretti surname is a synonym of racing. Until today, the Andretti family continues to produce racing drivers, although none has been as huge as the young kid who manufactured a dream after watching Alberto Ascari drive around Monza and made his best to complete said plan.

A quote from Andretti himself would be the best way to describe such an incredible journey:

“Desire is the key to motivation, but it's determination and commitment to an unrelenting pursuit of your goal - a commitment to excellence - that will enable you to attain the success you seek”.

Ferrari should consider entering the Indycar championship. That is the view of Mario Andretti, a legend of both the top category of American open wheeler racing as well as Formula..

Peter Windsor rides alongside Mario Andretti as the former winner of the F1 World Championship, the Indy 500, the Daytona 500 and three IndyCar Championships takes a tour of his..

Mario Andretti 2019 Beyond the Grid interview

As motor racing stories go, Mario Andretti’s is pure Hollywood. Born in what was war-ravaged Italy in 1940, and later a refugee, he would rise to not only become arguably the..

Jan.15 - Well-known American drivers have hit back at Haas team boss Gunther Steiner. Days ago, Steiner said the small Ferrari-linked American team does not have an American..

The FIA last night inaugurated the new FIA Hall of Fame in Paris with nine FIA Formula One World Champions in attendance as all 33 winners of motor sport’s most prestigious..

Sealing victory in the closing moments of the race, Japan's Takuma Sato inevitably stole the headlines at the 101st running of the Indianapolis 500. But it was to be a win that..

Oct.23 - Motor racing legend Mario Andretti says he still prefers F1 over the pinnacle of motor racing's most modern of alternatives. Today, his son Michael - who also raced in F1..

Feb.12 - F1 legend Mario Andretti has his fingers crossed that the US grand prix in Austin goes ahead as planned. The October race has been given only provisional status on the..

Feb.10 - Mario Andretti has counted himself out of the constant criticism of modern formula one. The F1 legend and 1978 world champion raced in the glorious era between the late..

Get tickets cheaper at F1-Fansite.com. Available 2020 tickets & early booking discounts are:
✅ Check out & order your F1 Tickets in our online shop »