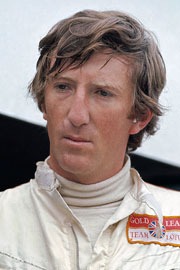 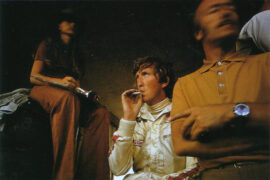 Sadly enough is Jochen Rindt the only driver that won a Formula 1 drivers championship after he died.

Born on the 18th of April of 1942 in Mainz, Germany, Karl Jochen Rindt grew up at Austria with his maternal grandparents after his parents were killed in a bombing at Germany during World War II.

Growing up, Rindt was a tough-minded kid who wouldn’t let authority cloud his judgement on any situations. He was ready to face danger in any aspect and loved competition at an early age. His first glimpse into the speedy racing world came when he competed in ski races, which left him with a couple of broken bones. Een with the injuries, he continued and even got to ride motocross bikes with success. Racing was unequivocally in his blood.

Wolfgang von Trips was the driver he wanted to be, and he did more than that. He invested his own money in the racing world to be able to compete in Touring Cars and single-seaters. He started his career in 1961, driving an Abarth Simca 2000 and an Alfa Romeo GT 1300.

After a big number of crashes and dangerous situations, yet many victories in his early days of racing, he purchased an F2 Brabham in 1964 and entered the championship.

Rindt was able to win an F2 race in Crystal Palace, beating Graham Hill in the process. His win became breaking news in Great Britain and Rindt’s sideways style was the talking point. 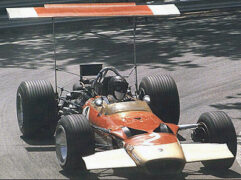 His Formula 1 career started with a participation in the 1963 Austrian Grand Prix, which was a non-championship race. He qualified 12th for the race, but his Cooper T67 had mechanical issues.

In 1964, he made his official World Championship debut in the 1964 Austrian Grand Prix, behind the wheel of a Brabham BT11 for Rob Walker Racing Team. He started from 13th place and had to retire due to a steering-related issue.

Rindt’s first full Formula 1 season became in 1965, driving for Cooper after signing a three-year contract. In a year plagued by unreliability in his car, he scored four points in 1965 with a fourth-place at Germany and a sixth place in the USA. However, he won the 24 Hours of Le Mans for Ferrari.

In 1966, Cooper switched from Climax engines to Maserati, Rindt found his way in Formula 1 and scored his first podium in the 1966 Belgian Grand Prix at Spa with a solid second place. He added a couple of podiums and three other top 5 finishes to end the year in third place in the World Drivers’ Championship.

The following season, his last for Cooper, Rindt did not enjoy any results similar to the ones from 1966. The Austrian driver only finished two of the ten races he entered and scored only six points.

In a 1968 season with Brabham in which he finished in the podium twice —in the inaugural race at South Africa and at Germany— but suffered ten retirements, nine of them coming from mechanical issues with his Brabham cars —the BT24 in the early part of the year and the BT26 later on—.

In both 1967 and 1968, Rindt took part in the Indianapolis 500, but his two participants were highly unsuccessful. 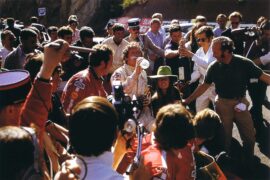 A move to Lotus for the 1969 Formula 1 season proved better for Rindt. Although the Lotus 49 was an unreliable car —as Rindt himself said after a harsh crash at Spain, which left him with a broken jaw— it delivered him the first win of his career on the 5th of October of 1969 at Watkins Glen. In his first win, in the US Grand Prix, he finished 46 seconds ahead of Piers Courage and two laps ahead of third-placed John Surtees.

He finished 1969 with three podiums and fourth in the WDC.

For 1970, Rindt started the year with two DNFs due to mechanical trouble in his Lotus car, which was similar to what occurred in the previous World Championship season. However, in the 1970 Monaco Grand Prix, a run of luck put Rindt in second place with less than 20 laps remaining. The race-leader, Jack Brabham, was being caught by the aggressive Austrian racer and ultimately was pushed into a mistake in the final corner of the final lap. Rindt took the victory and was emotional in the post race podium.

An engine-related issue ended his quest for victory in the 1970 Belgian Grand Prix when he started second on the grid. After that setback, Rindt dominated with four straight victories at the Netherlands, France, Great Britain and Germany. Then, again, his engine took a good chance of victory from him, this time at his home Grand Prix.

With four races remaining in the calendar and a 20-point lead over Brabham in the WDC, Rindt looked on pace to take the championship home. 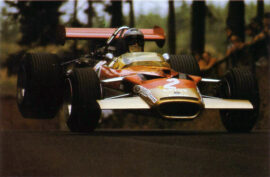 On the 5th of September, during practice for the 1970 Italian Grand Prix, the championship-leader and fan-favourite —for his unique way of living, racing and competing—, suffered a crash that took his life at the age of 28. His accident near the Parabolica prompted an investigation and a trial against Lotus’ boss Colin Chapman, but it ended in 1976 after Chapman was cleared.

Jacky Ickx won two of the last four races for Ferrari and added a fourth place, but his point tally was not enough to take the title from Rindt. The German-born driver, who represented Austria, became the first driver —and the only one so far— to win the WDC posthumously.

“At Lotus, I can either be World Champion or die. Maybe I will not live to reach the age of 40. But, until that time, I will have experienced more things in life than anybody else.”