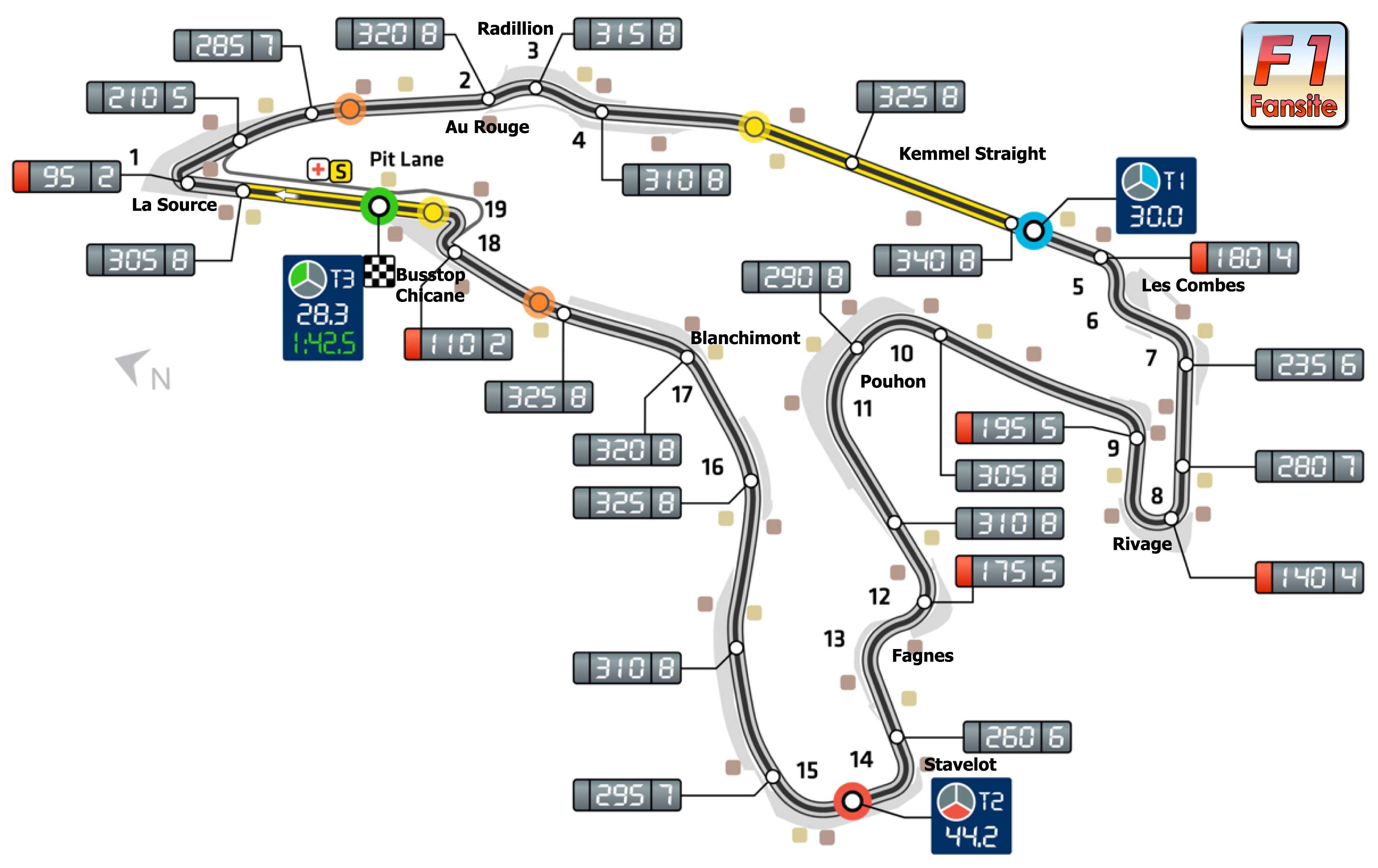 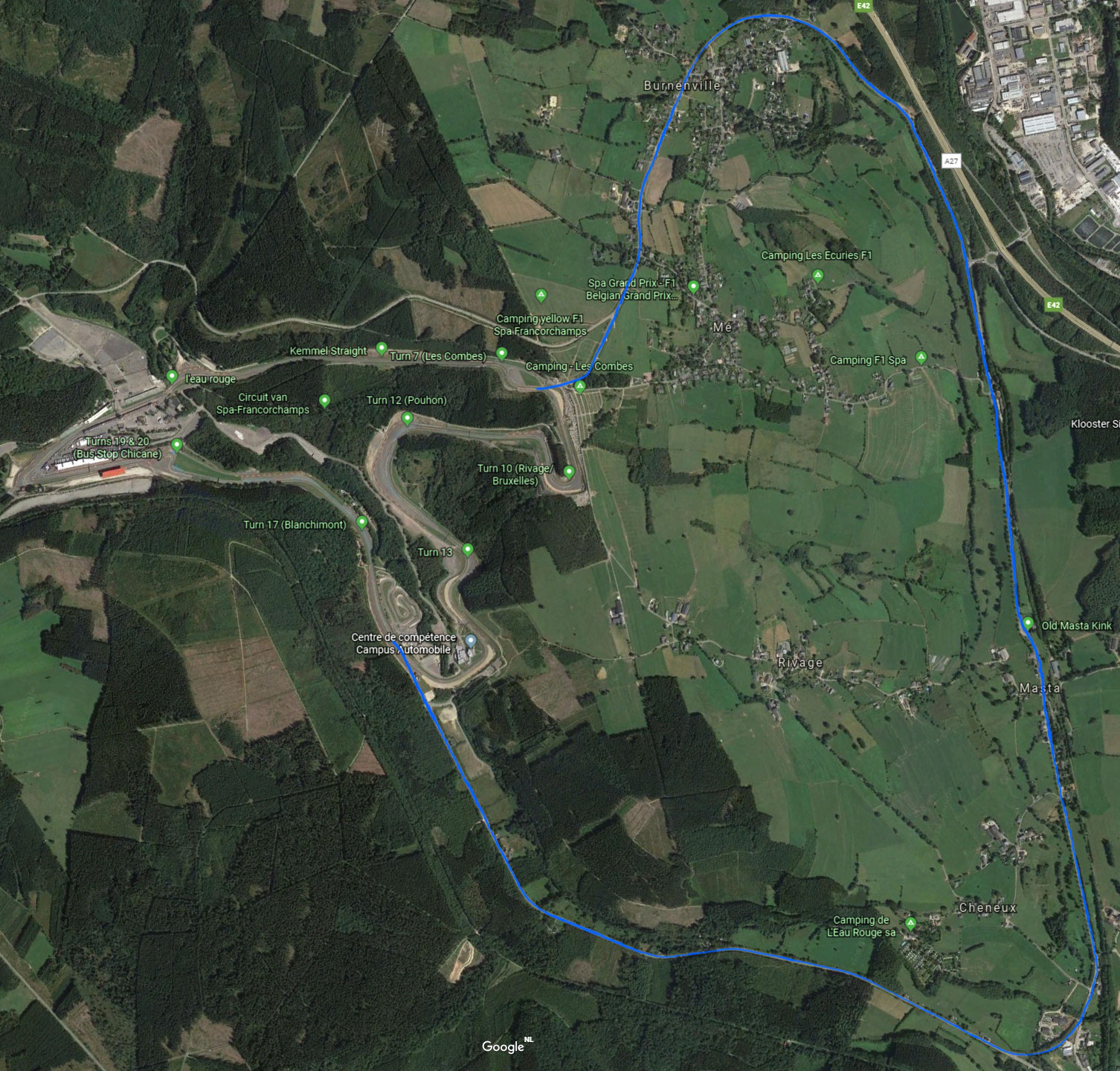 Early in 1920, nothing, it seemed, was to disturb the usual quietness in the peaceful village of Francorchamps, perched on a hill very close to the Moors. Nothing, except that, on a beautiful summer day, while settled at the Hotel des Bruyeres, two people well-know in the car racing world, the one being Jules de Thier, Manager of the newspaper " La Meuse ", and the other, Henri Langlois Van Ophem, Chairman of the Sports Commission at the RACB (Royal Automobile Club Belgium), had the idea of taking advantage of the triangle drawn by the roads connecting Malmedy, Stavelot and Francorchamps to make a racing track of it.

First race
While enjoying an ideal spot in these green Ardennes, the track stretched in a hilly landscape but was also made of numerous straight portions, particularly suitable to achieve high speeds. Moreover, being close to Spa, already famous on the international scale for its hydrotherapy, and where some car races had been popular for a few years, this track seemed to have a lot of assets to be successful. Therefore, a race was already scheduled for the following year. Prepared for August 1921, that race for cars could unfortunately not take place, due to a lack of representation. Indeed, although everything was ready, only one competitor was registered on the entry form. Eventually, the track was inaugurated by the motorcyclists, while the motorists started in 1922.
1924 saw the first organisation of the famous 24 Hours of Francorchamps, only one year after Le Mans, whereas the first real big international race for single-seaters, the European Grand Prix, was run in 1925. Seven cars took part in this event which saw the victory of the famous Alfa Romeo driver, Antonio Ascari.

1925-1940
During the period extending from the mid-twenties until the eve of World War II, the motorcycles Grand Prix and the prestigious car races like the 24 Hours of Francorchamps and the Belgian Grand Prix were going to be the major track events. As far as the track is concerned, it remained roughly the same as it used to be in the beginning.
But something new occurred in 1939 : Francorchamps was getting an artificial curve, unique in its kind: the "Raidillon" or steep rise. That obstacle, intended to be passed at a very high speed, was a forerunner of the orientation its manager wanted to give to the track : to make it one the fastest tracks in Europe, contrasting sharply that way with its German neighbour of The Eifel, which was very spectacular too but much more tortuous and therefore one of the slowest. World War II was going to interrupt the life of the track for seven long years during which that part of the
Ardennes was little spared.

1947 saw the sports activities resume in the area around " L'Eau Rouge ". Once again, the prestigious races were in the spotlight : Motorcycles and Cars Grand Prix, to which were occasionally added the 24 Hours of the Racb, before they resumed annually from 1964. Later on, other organisations completed that programme. So, in the late fifties, the RAC from Spa organised its Grand Prix of Spa, then, in the early seventies, the junior RAC, its 24 Hours motorcycles.
If everything seemed to develop properly, that situation would, however, only last until until 1970, when, for the last time, the Formula I Grand Prix took place along the fourteen-kilometre-long track. Due to the claims formulated through the sixties, a certain amount of Grand Prix drivers did not want to run in Francorchamps any longer for security reasons, which were quite difficult to solve for the Intercommunale Managers. The tune was however given.

Because, even if the other races usually scheduled still took place, it was getting obvious that along its fourteen kilometres, the track had become very dangerous considering the increased performance of the cars and the few possibilities left to adapt the surroundings as it was the case when new tracks were built.

The end of the big Francorchamps was close. They were bound to react if they wanted to preserve the track and create one which took better into account the safety measures claimed by the Grand Prix drivers.
So, after different plans aimed at preserving the main characteristics of the track while eliminating some high risk areas (essentially the part included between Les Combes and Blanchimont), a track was eventually chosen and the works could start. The seven-kilometre-long track was inaugurated in 1979.

Start of the 1985 Belgian F1 GP. In front are Senna, (Lotus), Mansell (Williams) and Prost (McLaren)

More technical, winding and equipped with clearance areas, the new track kept the major part of the element which made it famous while combining improved safety for the pilots and new appeal for the spectators. Thanks to the new track, the Belgian Formula I Grand Prix would quickly come back to Francorchamps. That race was a major event which would pave the way for many others, with less media coverage, but which contributed to make Francorchamps more dynamics, to diversify its kind of activities and to put it at the forefront of the international stage.

Between 1980 and 1990, Francorchamps ran to a well-established schedule. Similarly, the circuit could be adapted to suit all  requirements, in terms of FIA safety. However, Francorchamps remained a “racing” circuit which was only closed to public traffic when there were meets. The evolution of motor sports and above all, the increasingly professional marketing approach led the situation to become rather complicated. In order to safeguard its future, the circuit had to become permanent and be definitively closed to all public traffic. The completion of the Verviers-Prüm motorway, the compulsory purchase of the last roadside property and the building of a bypass between the villages of  Francorchamps and Meiz-Burneville would enable this essential step towards the future. 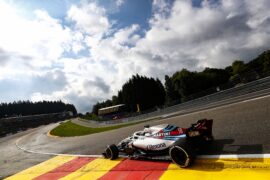 So in the early part of this century, Francorchamps “went professional” and was a tremendous success with clubs and incentive day organisers from all over Europe wanting to book one or several days outside of the official races. With nothing established, a new wave of panic began to emerge at the end of the century over the Eau Rouge valley. In 1997 the Belgian government passed a law banning the advertising of tobacco. With teams sponsored by these advertisers, the very life of the Belgian F1 Grand Prix was under threat. Up until 2005, when a European directive came into force, there were many incidents resulting from the problem of the tobacco advertising ban, to the extent that it was even left out of the Grand Prix in 2003.

It was said that it was hard for Francorchamps since F1 reinstated the Raidillon-Les Combes-Blanchimont route to the delight of millions of fans in 2004 and 2005. However, this was not an easy time for the circuit. Francorchamps had grown very quickly but there were still a number of gaps to be filled. Although work on the track that the FIA demanded meant that the sections most prized by drivers could remain in the top of the world track, the infrastructure no longer met world FIA requirements. Thanks to the Walloon government, Francorchamps was provided with F1 stands which fitted in perfectly with the magic of the place and which paved the way to a new circuit, one that was even more professional and dynamic and better geared towards new activities in the world of business.

The first corner, the La Source hairpin, is the slowest part of the track: car speeds drop to just 70km/h and engine revs to around 8,700rpm. As cars exit the hairpin, the track dips very sharply and continues to fall for several seconds. The compression at the bottom of the descent exerts huge pressure on the engine. The vertical load will be close to +5g, squashing everything downwards into the base of the car – fuel, lubricants, the driver – every part will be positively loaded. At the end of the old pits the track starts to climb very sharply, with a gradient close to 1 in 4, equivalent to one of the steepest climbs in the Tour de France. This is particularly tough for the engine as loads suddenly change. Going over the crest of the hill, they will change even more dramatically, with the vertical force suddenly lifted – imagine how your stomach feels when you come over the top of a dip in a rollercoaster. The parts are suddenly unloaded, with the vertical forces switching to -3g. This can affect fluid flow through the lubricant and fuel systems as they too ‘rise’ within the system and away from their respective pumps – the systems therefore need to be ultra-effective to avoid starvation.

From the exit of La Source to the braking point for Les Combes engines will be at full throttle and maximum revs – without lifting – for close to 23 secs, the longest period of wide open throttle on the calendar. It’s a phenomenally long distance for the engine to be under such stress; more than 20 times the length of a soccer pitch. The demands are exacerbated by the climb – over 80m in altitude from the exit of La Source to Les Combes – meaning atmospheric pressures change. At the higher altitude less air is going into the engine, so less fuel is burned at the top of Les Combes than at the compression after La Source. The difference is typically 1% between these two points.

The second long straight at Spa is from Stavelot through Blanchimont to the Bus Stop chicane, where the engines will be at wide open throttle for 20 secs. Going into the Bus Stop, the driver will be at over 320 km/h but will need to brake down to 75 km/h for the entry to the corner. To give the right stability engineers work very hard on the overrun settings, trying to reduce any rear locking whilst not pushing too much at turn-in. In parallel they will try to make the downshifts as smooth as possible so as not to destabilise the rear of the car.

The Spa Circuit is by far the most popular closed circuit according the F1 drivers.