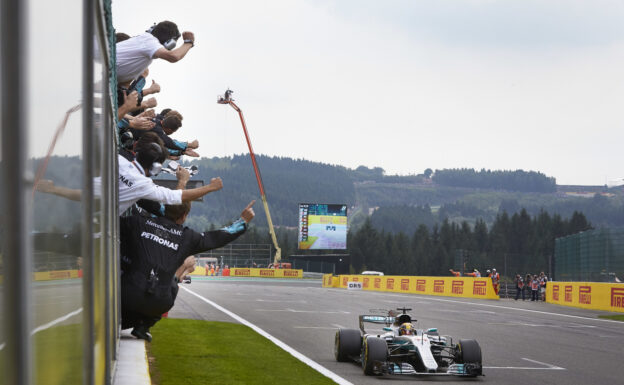 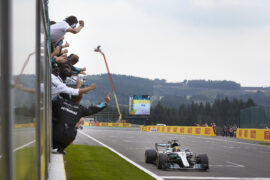 Lewis Hamilton won his 58th race win at Spa today. He had a very good weekend during his 200th F1 GP in Belgian.

Lewis had to work hard for his victory. Especially after a safety car period in the late stages of the race, where he had to battle with Ferrari driver Sebastian Vettel.

The German driver switched to ultra soft tires during the safety car period while Lewis had to go to soft tyres. Which was a big advantage for the Ferrari driver. He almost passed Hamilton after the safety car restart. But didn't had enough speed on Camel straight to pass the Mercedes W08.

Daniel Ricciardo was again fortunate to finish on the podium for Red Bull. His teammate Max Verstappen again had technical problems. Just like last year he retired early in the race and Ricciardo again won a podium.

Strangely Daniel got on the podium for the 5th time this season, while his teammate retired while driving in front of him... 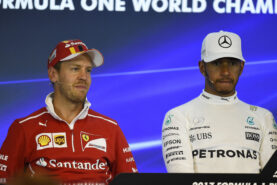 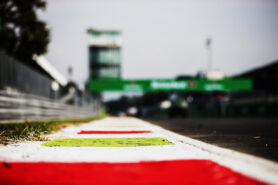