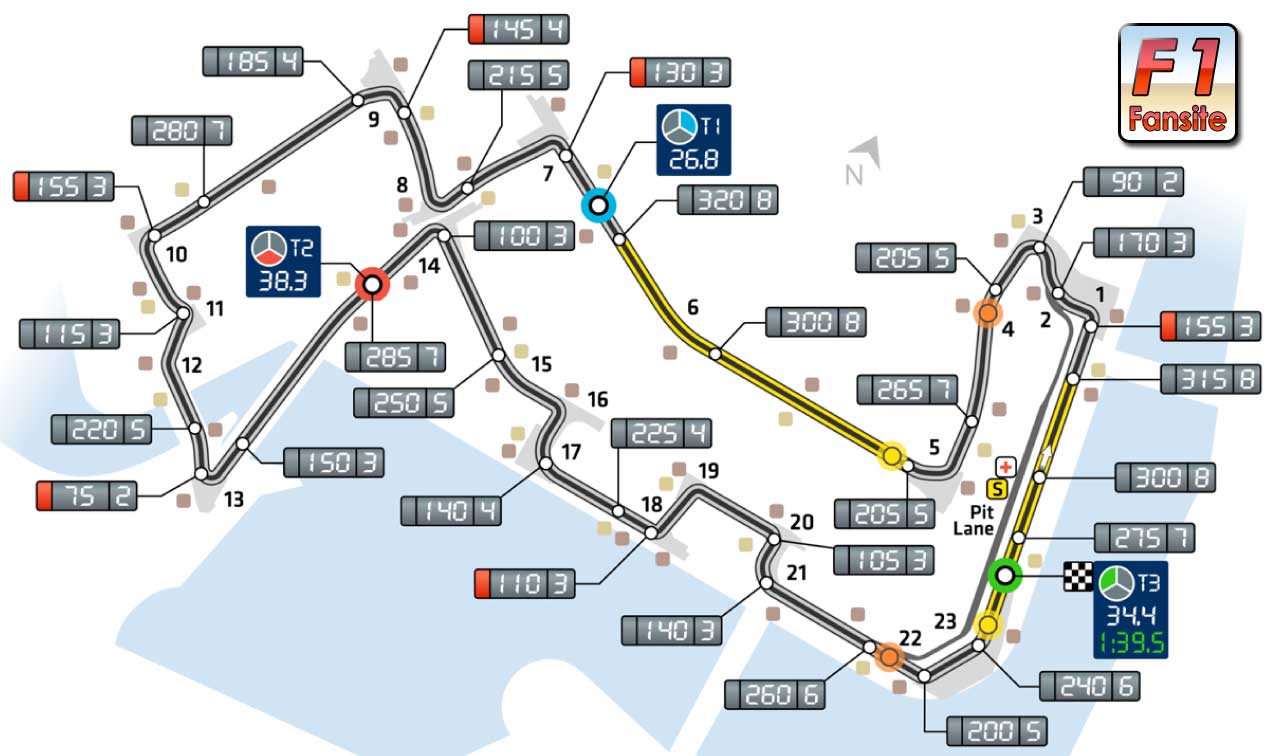 Turn 3
The Marina Bay circuit has 23 corners, of which 10 are taken in second or first, 7 in third and only 1 in fourth gear. Corner 3 is a good example of a ‘typical’ Singapore corner. The driver brakes down from around 290km/h at the end of the pit straight, shifting down the gears before a quick blip of the throttle for turn 2. He then brakes even further, shifting down to second gear for turn 3. The speed at this point will be under 100km/h and the engine will be working at around 13,000rpm, the lower end of the rev range. Engineers will work on the overrun settings to give increased rear stability under braking. They will also look at using shorter gear ratios to maximise acceleration for the short bursts of power between the corners.

Turns 5 - 7
Singapore circuit only has two short straights: the pit straight and then the curved straight between turns five and seven, which shoots down Raffles Boulevard with its luxury hotels and boutiques. This short straight – only 700m – will see the driver engage al the way into seventh gear and touch the 300km/h mark, giving the engine a chance to breathe. With the ambient temperatures generally above 30°C and very high humidity, even at night, it’s a welcome opportunity, particularly as after turn 7 the track goes into a series of low speed, low rev right angled corners for the remainder of the lap.

Turn 15 – 17
This sequence starts in Raffles Avenue, one of the city’s busiest urban thoroughfares. As a result the surface is quite bumpy and the car may become unstable, particularly under braking for turn 16, a sharp right-hander. Similar to Monaco, the drivers will try to avoid the biggest bumps, which cause the cars to lift momentarily. With no load running through the engine, the engine suddenly accelerates and hits the rev limiter, causing a loss of time and potential damage to the engine. Engineers will therefore pay particular attention to the shift light pattern and even encourage the driver to shift early to avoid hitting the rev limit too often.