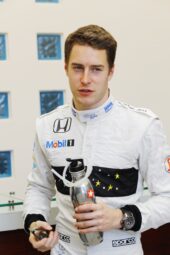 Stoffel Vandoorne is 2020 reserve driver for Mercedes and has car no. 2 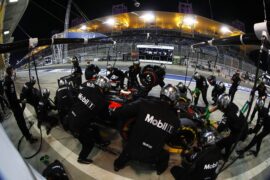 Vandoorne start his racing career with karting and won the Belgian KF2 championship in 2008 and became second in the CIK-FIA World Cup.

In 2010 he took part of the F4 Europcup 1.6 to become champion in his debut season. Next year he switched to the Eurocup Formula Renault 2.0 were he won the championship in 2012.

In 2013 he drove for the Fortec Motorsports team in the Renault 3.5 series. In 2013 He also got selected for the McLaren Formula 1 Young Drivers Program. In that program fellow racers like Kevin Magnussen and Nyck de Vries participated.

Stoffel started his first Renault 3.5 series race from pole and also won that race. He became 2nd in the championship behind Kevin Magnussen. 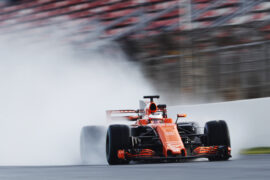 The next year 2014 he was reserve driver for McLaren and drove at the GP2 series. Again he won the first race of the season and became 2nd in the championship behind Jolyon Palmer. The following 2015 season he also drove for ART Grand Prix and won the first four races and became champion with a impressive difference of 160 point to runner up Alexander Rossi.

In 2016 he stayed reserve driver at McLaren. To prepare himself for a 2017 race seat at McLaren, he drove at the Japanese Super Formula. Because Fernando Alonso wasn't able to race after his heavy crash during the Australian Grand Prix he could drive his first F1 race in Bahrain. He started 12th and drove a strong race to finish 10th and scored his first ever F1 point. He even scored the first point for McLaren that season. During the Italian Grand Prix weekend McLaren announced Stoffel as their race driver next to Alonso for 2017 to replace Jenson Button. 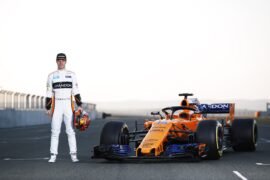 The 2017 rookie season was a nightmare. McLaren's partnership with Honda didn't work out as the power unit under performed and broke down a lot. Stoffel didn't adapt very fast and had out qualified his highly rated team mate Alonso only 6 out of 19 times. Because of an engine failure he wasn't even able to qualify for the Bahrain GP.

The Belgian driver retired scored only 5 times and only scored 13 points in his debut season. His higest finish was 7th in Singapore and the last race of Malaysia.

During the Italian GP McLaren negotiated with Toro Rosso to get swap engines. The deal was set to trade the Honda power unit for the Renault. Hopefully Vandoorne can show some better results for 2018.

Dec.2 - Two candidates had emerged at the front of the queue for Lewis Hamilton's plum Mercedes cockpit this weekend in Bahrain. Seven time world champion Hamilton has just..

Aug.26 - Stoffel Vandoorne says the culture inside the Mercedes team is what makes it so dominant. The former McLaren driver lost his F1 seat at the end of 2018, but was signed up..

Stoffel Vandoorne says he would consider returning to Formula 1 under the right circumstances. But the former McLaren driver says he is enjoying his new career in Formula E - even..

With F1's real-life 2020 world championship in tatters, the drivers are instead preparing to take their racing into the virtual world. Formula E driver Jean-Eric Vergne announced..

Stoffel Vandoorne says his main focus will be on Formula E in 2020. The former McLaren driver may now be a frontrunner in the electric series, but he has just been signed up as..

Stoffel Vandoorne says the McLaren team was built around Fernando Alonso. Despite much fanfare after his junior career, Belgian Vandoorne struggled as Alonso's teammate with both..

Fernando Alonso has tipped Stoffel Vandoorne to be a "very good" sports car driver. Until last year, the pair were teammates at McLaren. Alonso quit to tackle Le Mans and the Indy..

Stoffel Vandoorne says he did not follow the progress of his former F1 employer McLaren as the 2019 season started. The Belgian driver was ousted by McLaren and now works for..