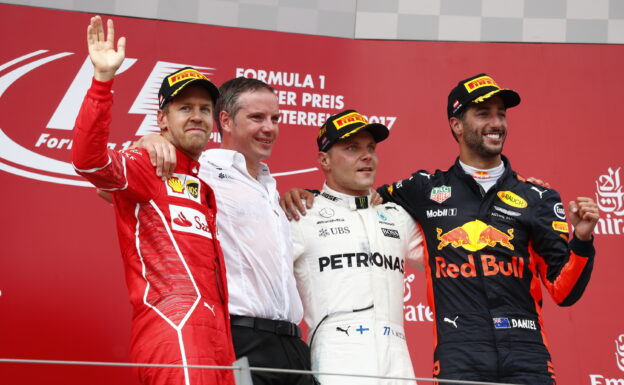 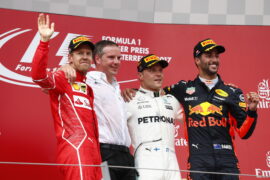 The race started with a crash in the first corner, right after the start of the 2017 Austrian Grand Prix. Daniil Kvyat took a lot of risk again by braking very late for the first corner. He hit the McLaren MP4-31 of Fernando Alonso, who because of that force crashed into Max Verstappen's Red Bull RB13. Alonso and Verstappen had to retired. 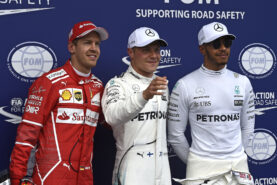 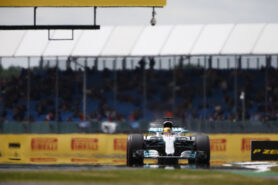