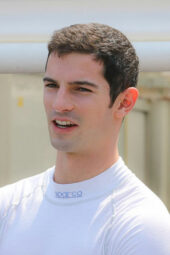 Jul.24 - Alpine looks likely to 'loan' Oscar Piastri to Williams next year, clearing the path for Fernando Alonso to stay with the Renault-owned team in 2023. 40-year-old Alonso's..

Jul.15 - Alpine CEO Laurent Rossi says he wants "two drivers" rather than one to be regularly scoring points for the Renault-owned Formula 1 team. The comments come amid..

Jun.8 - Former F1 driver Alexander Rossi says it's a "cop out" for drivers like Max Verstappen to dismiss the Indy 500 on safety grounds. Before former Sauber driver Marcus..

Growing up in Northern California, a young Alexander Rossi dreamed of racing in Formula 1. His route was not an easy one. Along the way he experienced false starts, unfulfilled..

Feb.23 - Alpine CEO Laurent Rossi has no regrets after F1 legend Alain Prost left his post as a key team advisor and executive. Prost, 66, was scathing of Rossi when news of the..

Nov.5 - Alpine CEO Laurent Rossi has played down reports suggesting new racing director Davide Brivio might be on the cusp of returning to MotoGP. Italian Brivio joined the..

Rossi admits he almost switched to Ferrari in 2006

Valentino Rossi says he came tantalisingly close to switching to Formula 1 in 2006. Last month, the MotoGP legend swapped his bike for Lewis Hamilton's Mercedes in a highly..

When you look at the current 2019 F1 drivers list one thing is quite strange. You won't find a driver from the United States on it. We got back the US F1 GP on the F1 calendar..

Rossi back on F1 radar after Indy 500 win

Jul.19 - Alexander Rossi might have re-booted his F1 aspirations by winning the fabled Indianapolis 500 this year. The Californian lost his Manor seat at the end of last year and..

Rossi did not dream of Indy 500 glory

May 31 - In one fell swoop, Alexander Rossi went from idle days at grand prix tracks to motor racing history. Still a reserve driver for Manor, the Californian completed the last..