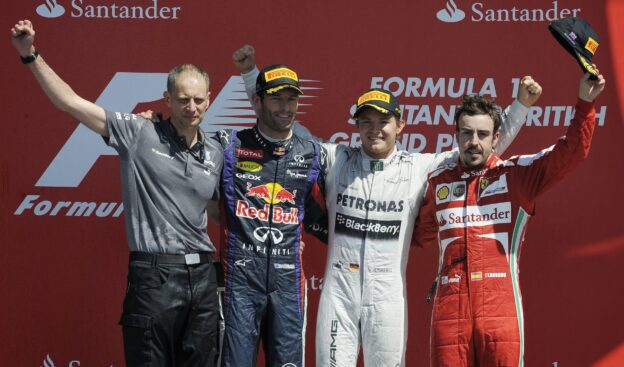 Lewis Hamilton had a great start and was 1st on until on the 8th lap his rear left tyre collapsed on Brookland straight!

One lap later Felipe Massa had the same problem and also had a flat tyre, while driving the race of his life on 4th place.

On lap 15 the next Pirelli left rear tyres blew up on Jean-Eric Vergne's Toro Rosso STR4. Because of the debris on the track the safety car came out in lap 16.

In lap 30 Esteban Gutierrez had a major front wing failure and had to pit to get a new one.

In lap 42 Vettel was leading the grand prix quite easy when his gearbox failed at Vale corner and had to give up.

Right after the safety car was gone the pack was racing again Perez also had left-rear tyre failure and even had to give up for the race.

Paul di Resta had to start from the back of the grid because his qualifying weight was to low.
Highest speed: 311 km/h by Felipe Massa, Ferrari F138 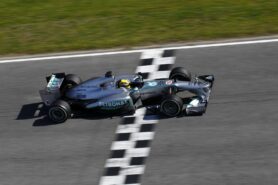 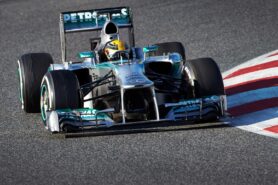