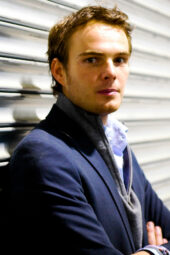 It has been a long time coming but finally Dutchman Giedo van der Garde has arrived in Formula One. The Caterham driver has been impressing in junior formulas, including GP2, for years but without the sponsorship that modern F1 requires, van der Garde had become a forgotten man. However, with the financial muscle behind him now, he finds his big chance.

The 27 year-old has been on the fringes of breaking into the sport for several years. In 2007 he was signed as Super Aguri’s reserve driver, but then just a couple of months later he was announced as reserve driver by Spyker. Van der Garde should have been testing in Australia, but was unable to gain the required super licence, and after a lengthy contract dispute involving Super Aguri, he finally arrived at testing for Spyker at Silverstone circuit.

After a couple of years away from Formula One, in which he became Formula Renault champion, Van Der Garde arrived in GP2 where he would go on to race for four seasons and win five races. Prior to the 2011 season he was hotly tipped to join the Virgin racing team, but lost out to Belgian Jerome d’Ambrosio. A year later he was announced as Caterham reserve driver, and has this season stepped up into a race seat replacing the vastly more experienced Heikki Kovalainen.

Van der Garde is the latest of several pay-drivers to occupy the back of the grid, but he is unlikely to disgrace himself. However, nor is he likely to shine.

In the 2015 F1 season he was suppose to race for the Sauber team. He went to Melbourne to driver the car, but wasn't allowed to drive the C34 by the team in Australia. In stead it was Felipe Nasr who got the race seat. Van der Garde was compensated by Sauber. Even Bernie Ecclestone was involved with the story to keep it under the carpet. The whole affair ended Van de Garde's F1 career.

Sep.5 - Williams needs to appoint "a good team boss" to replace the departing Claire Williams. That is the view of former F1 driver Giedo van der Garde, commenting on news that..

Jul.30 - A familiar face is returning to the F1 paddock to help Alexander Albon get up to speed. Having been promoted to the senior Red Bull team mid-way through his debut season..

Red Bull must be cautious not to become over-reliant on technical boss Adrian Newey, according to former F1 driver Giedo van der Garde. Newey is regarded as being among the..

Former F1 driver Giedo van der Garde has urged Max Verstappen to stay put at Red Bull-Honda. In recent days and weeks, it has emerged that the Dutch driver has a..

Dec.22 - Max Verstappen developed as both a person and a driver in 2017. That is the view of former F1 driver Giedo van der Garde, as he contemplated the solidifying stardom of..

Jan.12 - Giedo van der Garde is putting the Sauber scandal of 2015 behind him as he returns to racing this season. The Dutchman's bid to race in formula one last year famously..

Aug.23 - Giedo van der Garde says he is not targeting a return to formula one. On Saturday, the Dutchman announced on social media that he is visiting the Belgian grand prix --..