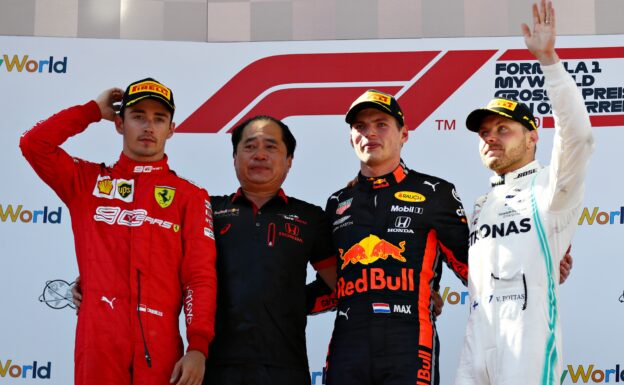 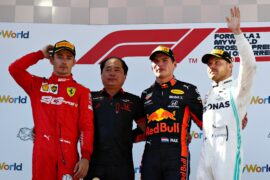 Green light! The GP of Austria is on its way.

Leclerc remains in the lead. Meanwhile Bottas went to P2, followed by Hamilton, Raikkonen, Norris and Vettel. Behind that are the Red Bulls from Verstappen and Gasly. Leclerc takes the fastest time in the second round.

The Monegask wants to leave the Mercedes as quickly as possible, but must try to continue as long as possible in his soft or make a two-stop game. After the first corner, Vettel effortlessly climbs past Raikkonen. Magnussen 'under investigation' ... The Haas may not have been positioned correctly on the grid after the formation lap. He is currently riding fourteenth, which means that the Dane also got away badly at the start of the race.

Verstappen passes Raikkonen, who makes little effort to keep the Dutchman behind him. He knows and the public knows, as a top team, Red Bull is not an opponent of Alfa Romeo. His mission will be to defeat the McLaren of Norris (P7). Leclerc still has the fastest racing lap.

The pace of the leader in the competition is high! He makes optimal use of the softs to expand the lead. Norris drives his car to the Alfa Romeo van Raikkonen. Magnussen has received a drive-through penalty. His Haas was parked too far forward and that would have given him an unfair advantage at the start. Verstappen is approaching.

The fastest race lap goes to the Dutchman: 1.09.252. Hamilton loses time in the first corner. The five-time world champion is about the yellow 'roll' at turn one and slides a bit away. The gap between Vettel and Hamilton is small, but even smaller between Verstappen and Vettel. After Verstappen and Leclerc, Vettel the Ferrari driver records the fastest lap time: 1.09.073 (seven tenths faster than Bottas, four tenths faster than Hamilton). 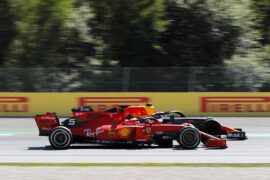 Valtteri Bottas and Sebastian Vettel are going for their first pit stop. The two switch to white hard tires. Vettel, on the other hand, loses a lot of time with him it preferably lasted 6.1 seconds. (The technician's radio didn't work). Hamilton goes for a pit stop. The nose goes off and the Brit continues his way on P5 behind Vettel. Max changes his tires after 31 laps and with that comes out on P4 for Hamilton.

Gasly is finally past Raikkonen after 33 rounds. He's three seconds behind Norris. Lab 41/71 Daniel Riccardo & Lando Norris are battling on track. Verstappen takes the fastest lap: 1.08.317. Vettel takes a line other than Verstappen, sends in later and goes full gas. Verstappen takes a slightly narrower turn to accelerate earlier, which is necessary to get closer with the less powerful Honda engine. Verstappen has passed! With DRS and full gas on the last straight through the outside. Three and a half seconds between Vettel and Hamilton. Did he go to the soft too early or will he still succeed. Round 61 of the 71 has started.

There is the same difference between Verstappen and Leclerc. The battle goes between Verstappen & Leclerc and Max Verstappen takes the lead. A slight touché, but the Ferrari driver didn't stand a chance. Now Vettel ... Does he do the same at Hamilton! In one go, blocking wheels with the Mercedes and the red car passes effortlessly. The winner of the Grand Prix of Austria 2019: Max Verstappen! Again he takes gold on the Red Bull Ring. Leclerc second, Bottas on third with Vettel very close behind him. Hamilton on P5. 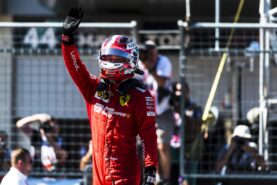 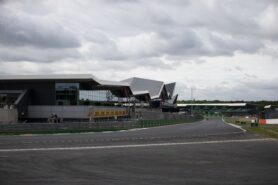