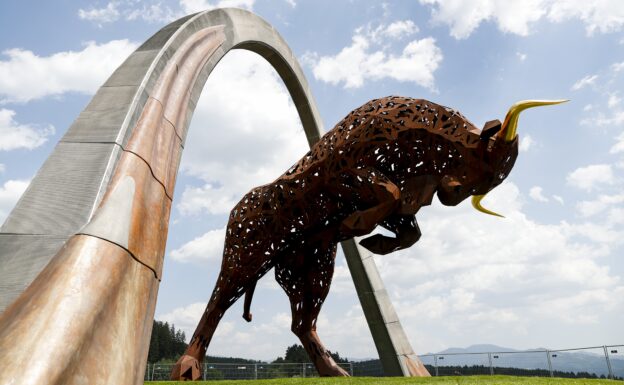 About the first practice:

Valtteri Bottas started later. At Mercedes people were still tinkering with the floor of their car, which means that the Finn was not immediately in the car. The car had an oil leak, which means the engine had to be changed.

The first driver to ride on the asphalt was Max Verstappen equipped with measuring equipment.Carlos Sainz placed the first time on the - in lap time shortest lap - of the calendar: 1.14.185. While last year's pole time was 1.03.130 made by Valtteri Bottas. 2nd on track, Pierre Gasly. He toke the provisional top time with 1.08.299. At 11.10 AM  Sebastian Vettel & Charles Leclerc were ready for the first practice. Leclerc brought the provisional top time to 1.06.169. Vettel kept pace with his teammate and went through 0.009 under the time noted. At 11.19 Max Verstappen didn't recorded time yet. No Mercedes car on track even Robert Kubica isn't spotted yet. Max Verstappen started his first run on the softs. The first timed lap toke him towards P6, at 0.888 from Vettel. In the meantime, Verstappen went to P1: 1.06.100 after using the DRS.

The state of affairs after half an hour:

Verstappen sets the provisional top time even more clearly and is the first man to go below 1.06. A neat 1.05.938 is the result. Lewis Hamilton even had to give way to a slow Williams car and therefore just came off the track.Verstappen takes half a second off of his own time on the mediums: 1.05,488. Hamilton connects to 0.522. Bottas is slightly faster than his teammate Hamilton. The Finn comes with his first serious move to P2, at 0.421 from Verstappen.

Meanwhile, another important theme was on the agenda in Spielberg: the Pirelli tires. A return to the 2018 rubber is off the track for the short term.

Leclerc returns to the track for some action and puts Ferrari at the top with the mediums: 1.05.409, 0.079 faster than Verstappen on the same tires. Mercedes is still collecting data on the softs. Botta clocks on soft 1.04.299. Leclerc counts and takes the top time back with 1.05.141 on the mediums. Bottas puts itself at the top of that list again. The Finn - who took pole here last year and won in 2017 - is with 1.04.999 the first man under 1.05 in this short round. Verstappen goes to P3 on softs. At more than two tenths behind Bottas and Leclerc. Gasly connects to the same tyres as the fifth, at 0.399 from the Fin. 20 Minutes before FP1 finish; Lewis Hamilton reports at the top of the times list for the first time. The world champion finally runs a flawless lap on the softs and goes to 1.04,838 (comparable to his top time last year).

In the meantime, there is confirmation that Carlos Sainz has opted for the new Renault engine (Spec B). It comes to him - among other things because of the motorcycle crash in Australia - to face a grid penalty. A similar scenario applies to Alexander Albon. He opts for all kinds of new engine components of the Honda Spec 3 engine, which he has to pay for probably fifteen places in grid punishment. Only 3 minutes te go; Hülkenberg has lost part of his front wing. The location (just next to the lane) it leads to code red. End Of FP1. 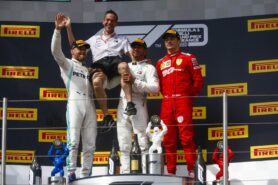 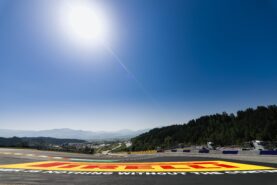