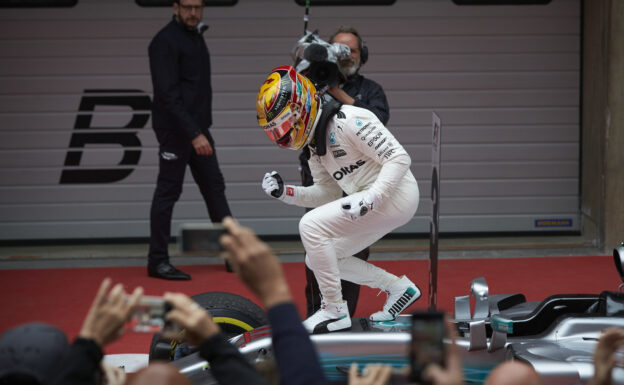 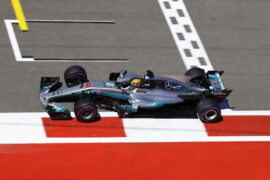 Lewis Hamilton won the 2017 Spanish Grand Prix for Mercedes. He had to battle for victory with Ferrari driver Sebastian Vettel.

German driver Vettel took over the lead from Hamilton in the first corner of the race and was able to create a gap with Lewis. At the second pit stop Hamilton switched to soft tyres and  Vettel had to drive on slower medium compound and could pass the Ferrari driver.

In the first corner Valterri Bottas, Kimi Raikkonen and Max Verstappen tried to corner together. Bottas could not avoid Kimi and hit his rear tyre and pushed him into Verstappen's Red Bull. Raikkonen and Max damaged their front suspension and had to retire. 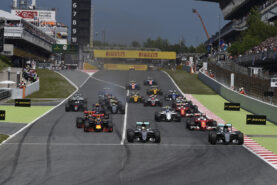 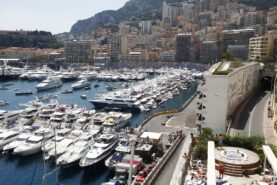