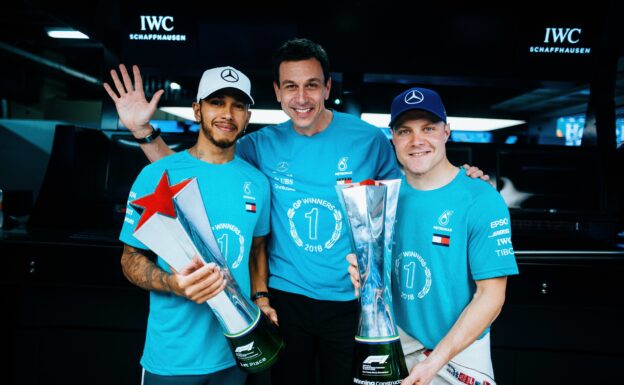 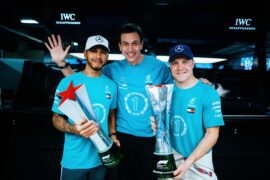 Lewis Hamilton won the 2018 Brazilian Formula 1 Grand Prix for the second time in his career  It was his 72nd win, his 10th win of the 2018 season and the 86th victory for Mercedes. The Mercedes F1 team also won the constructors title by finishing on P1 & P5.

The track was dry at the start of the 2018 Brazilian  Formula 1 Grand Prix. The complete grid started without any collisions. Max Verstappen overtook the Ferrari of Kimi Raikkonen in the SS's but Raikkonen claimed his P4 back at the back straight.

Max Verstappen was pushing hard and was on full attack to get P2 from Bottas. In turn 1 of lap 10 Verstappen passed the Finnish driver with a brave move and drove away to go and attack P1 from Hamilton.

Marcus Ericsson saw his best grid spot (P6) going up in smoke and retired in lap 22 because of to much collision damage on the Sauber. Sebastian Vettel pitted in lap 28. He also switched to Medium tyres in a very quick pitstop of 1.9 seconds. Raikkonen did his pitstop in lap 32 and also got fitted with Medium tyres.

Renault called-in Nico Hulkenberg in lap 34 for scenario 12; retirement. In lap 35 race leader Verstappen switched from Supersoft to Soft (yellow) tyres. His pitstop was quite slow with 3 sec., he returned to the track on P2 right behind Hamilton. In lap 40 the Dutchman passed the Mercedes of Hamilton for the lead again.

In lap 44 race leader Verstappen spun when he got hit by lapped Esteban Ocon's Force India. The Frenchman didn't leave enough space for Verstappen and also spun. Hamilton got the lead as a present from the Mercedes powered Force India driver.

Vettel did a second pitstop in lap 54. He switched from Medium to Supersoft. Hamilton's tyres also didn't look very fresh, but he stayed out. Ricciardo showed again a great move on Bottas and claimed P4 from the Mercedes driver. The Finn got fresh tyres ride away to cover his P5 to Vettel.

In the last stage of the race we saw Daniel Ricciardo pushing for the podium place of Raikkonen who was driving in front of the Red Bull on less of a second. Verstappen had closed the gap to race leader Hamilton to 1.6 seconds in the penultimate lap. 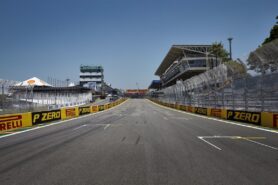 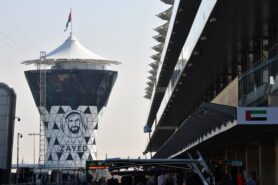