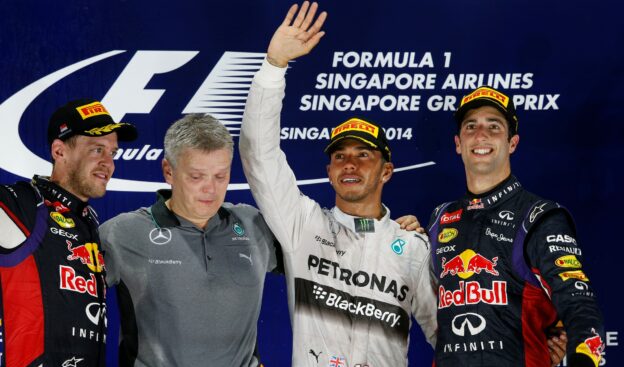 Lewis Hamilton won the 2014 Singapore Grand Prix quite easily today. He also closed down his gap to his Mercedes teammate Nico Rosberg in the 2014 F1 drivers championship with 3 points. Rosberg had a dramatic race. He could not start from the grid for the warm-up lap and he had to retire due to a technical failure after 13 laps in the race.

Fernando Alonso had a good race for Ferrari and even passed both Red Bull's of Daniel Ricciardo and Sebastian Vettel half way the race and got 2nd place. But in lap 31 the pace car had to come out because of some debris on the track. In that lap Alonso got fresh tyres to get an advantage on the Red Bull's, but this decision didn't pay-off and he had to settle for 4th, after both Red Bull's. 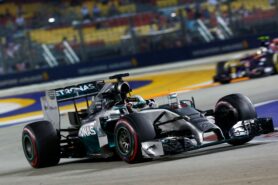 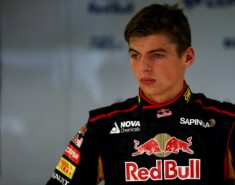