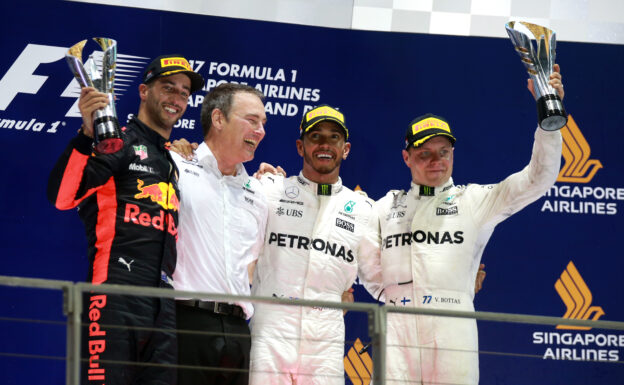 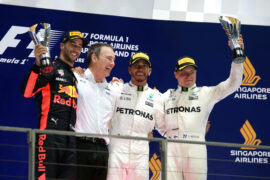 Lewis Hamilton won the wet 2017 edition of the Singapore Grand Prix today. It was his 60th Formula 1 victory and the 73rd race win for Mercedes. Daniel Ricciardo who started 3rd could not match the race pace of Hamilton and finished 2nd.

Valtteri Bottas who had a poor weekend until now and started as 6th had a stroke of luck and finished on the podium as 3rd.

The race had a dramatic start. After the start lights turned off all drivers accelerated to the first corner. Vettel and Verstappen got away clean and had an equal pace.

4th place starter Kimi Raikkonen had a much better start then Verstappen. The Fin was able to get alongside Verstappen but could not really pass him.

Raikkonen and Verstappen also hit the McLaren of Fernando Alonso, who had a very good start and drove 3rd at the moment that he was collected by the crashing cars. All 4 drivers had to retire their car because collision damage. 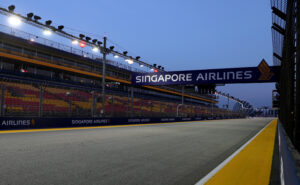 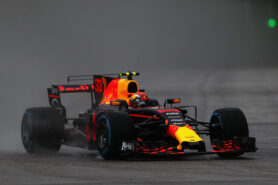