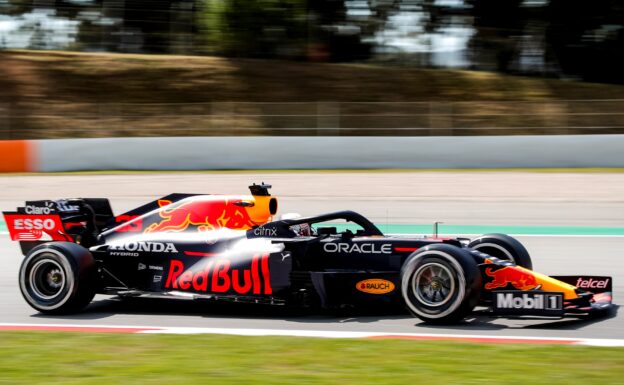 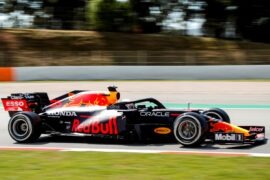 The weather during the third and final practice before qualifying this afternoon for the 2021 Spanish F1 GP was even better than yesterday.

It took a while before the first cars went out on the Spanish track near Barcelona. Local hero Fernando Alonso was the first who went out on a set of mediums underneath his no. 14 Alpine car. His quickest lap time was 1:21.020 min.

After 15 minutes Sergio Perez was quickest in the Red Bull. He clocked a 1:20.388 min also on the mediums. No car had used the soft tyres up till now.

Halfway the session both Mercedes drivers leaded the pack, with Lewis Hamilton on top with a 1:18.117 min. driven on soft tyres. Max Verstappen was 3rd fastest on medium tyres fitted on the Red Bull looking at a gap of 0.513s.

With 20 minutes to go the teams tried out there concept qualifying setup in combination with the quickest soft tyres. Charles Leclerc was very quick with the Ferrari. The driver from Monaco drove a 1:18.308 min and was 3rd fastest for a long period with his teammate Carlos Sainz behind him.

Kimi Raikkonen had to abort a stint in the Alfa Romeo due to a right rear picture. At that moment Lando Norris caused yellow flag in turn 10 and 11 because the McLaren driver spun off going into turn 10. The British driver was able to continue without damage.

With 8 minutes to go Max Verstappen clocked his first quick lap on soft tyres and immediately was quickest and the first driver who went below 1:18 this weekend.

Raikkonen was the surprise of the session. The Finnish driver was almost 1 second quicker than his team mate with the same car.

1:17.222 min was the fastest lap time of last year's FP3 in Spain and was clocked by Lewis Hamilton in the Mercedes W11.

Don't forget to fill-in your prediction in our free F1 Poule game. 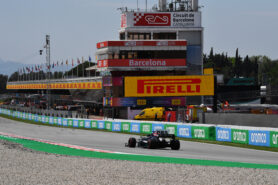 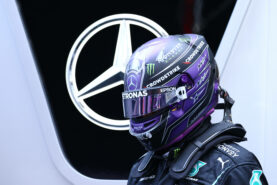