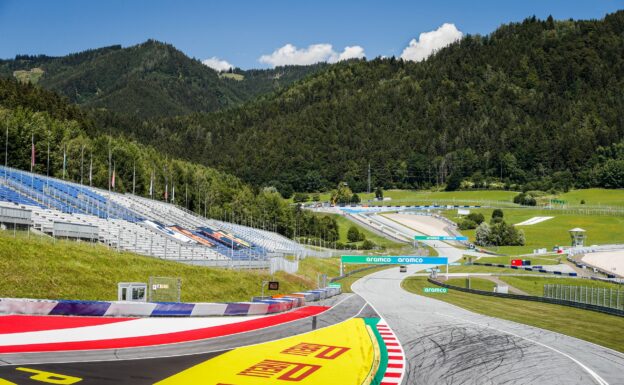 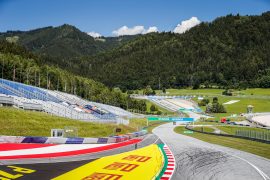 Run to turn 2 on the Red Bull Ring

Esteban Ocon was the first to go out for practice of the first ever Styrian GP. Almost all teams had fitted their high tech machines with aero racks to measure their windtunnel calculations with the real world.

At the Williams team John Aitken was driving instead of Romain Grosjean. He drove with no. 40 around the Red Bull Racing track. Alfa Romeo also had a different driver than behind the wheel with Robert Kubica. The Polish driver was driving the car of Antonio Giovinazzi.

After half an hour into the practice the race got red flagged to recover the Williams of Nicolas Tifi. On the onboard it sounded like his gearbox or axle broke down. The recovery took only 5 minutes and all drivers went out to continue their practice program. At this time Max Verstappen topped the timesheet in the Red Bull with a 1:05.867 min.

The Haas team again was busy fixing one of the VF-20's. Now Kevin Magnussen's car had to be fixed which caused him to not have set any lap time this first free practice session.

The quickest lap time of last week in FP1 on the same track with cooler weather was 1:04,816 min, driven by Lewis Hamilton in the Mercedes W11 on soft tyres.

You can see the highlights of the Styrian FP1 in this video:

Catch up with all the action from FP1#AustrianGP 🇦🇹 #F1 pic.twitter.com/albdEzsYXM 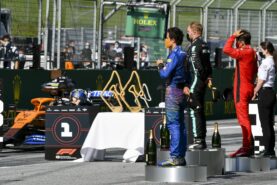 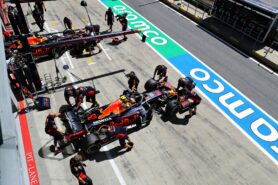