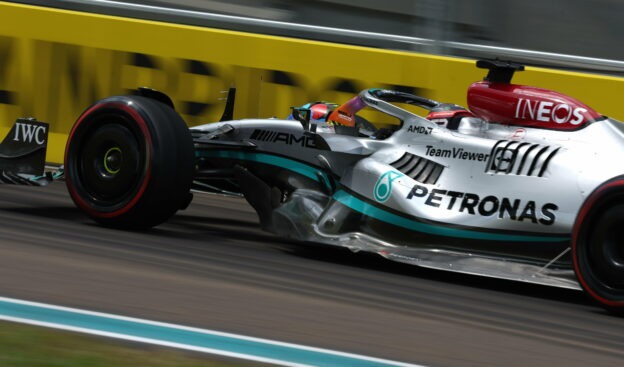 The second practice for the very first Miami Formula One Grand Prix started off a lot cooler than this morning's FP1.

18 minutes into the session Carlos Sainz again wrecked the F1-75. He now spun round in turn 14 and damaged the left side of his car and had to step out of it. Again it took 10 minutes to recover the car and restart the session. Schumacher, Verstappen and Bottas had not record a lap time yet.

When Verstappen got out he said he wasn't able to steer. His rear brakes also were on fire. The Dutchman returned to the Red Bull pits to get the problem fixed and didn't got out anymore this session.

With 15 minutes to go George Russell was fastest with a 1:29.938 min driven with the upgraded Mercedes. Ferrari driver Charles Leclerc was second on +0.106 sec. Sergio Perez was 3rd on 0.212 sec.

13 minutes before the end another red flag was brought out to recover Nicholas Latifi's Williams who parked his car on the side of the road. 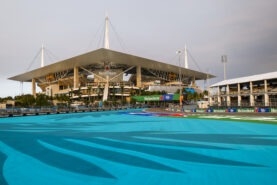 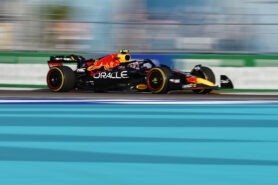