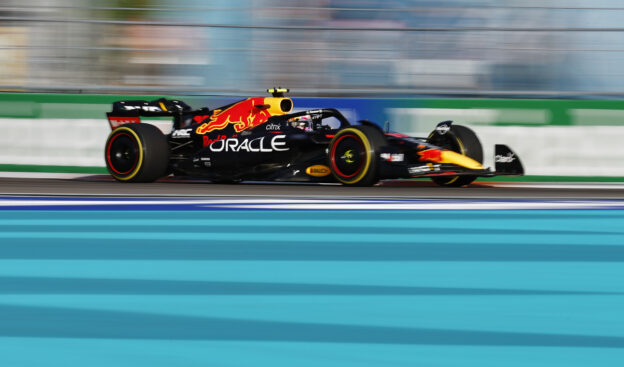 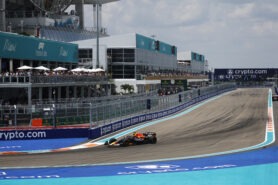 Max Verstappen driving the Red Bull Racing RB18 on track during final practice ahead of the F1 Grand Prix of Miami at the Miami International Autodrome on May 07, 2022 in Miami, Florida. (Photo by Chris Graythen/Getty Images)

The third practice session showed similar weather as yesterday. Red Bull driver Max Verstappen got out quickly to get some more lap under his belt after his messy FP2 session of yesterday.

After 15 minutes the session got stopped by a red flag after Esteban Ocon spun at turn 14 and wrecked the right side of the Alpine when he ran into the wall. The Frenchman could not continue and had a very similar crash to yesterday's crash of Ferrari driver Carlos Sainz. Verstappen had set the fastest lap time on medium tyres with a 1:31.355 min. Ferrari driver Charles Leclerc was second on +0.351s on softs and Mick Schumacher was third with the Haas on +0.940s also on softs.

After 45 minutes Leclerc topped the time sheet with a 1:30.981 on a set of softs. But at that time both Red Bulls Verstappen and Sergio Perez had not driven a lap on the soft tyre compound. Verstappen was still second on the mediums. Alfa Romeo driver Valtteri Bottas was third on +0.904 sec. Lando Norris was three seconds down on Lelcerc's time in the McLaren on the hard tyres.

After the first run of both Red Bulls, Verstappen ended up on P1 with a 1:30.649 min. His teammate Perez was only 0.050s slower on P2. Both drivers were pushing each other in the last 5 minutes to practice for quali later today and Perez ended up as quickest. Verstappen had a lucky escape in turn 14 when he had to slam the brakes to stay out of the wall. 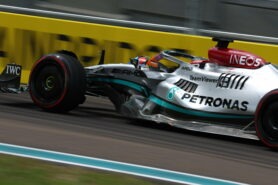 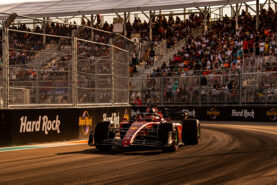