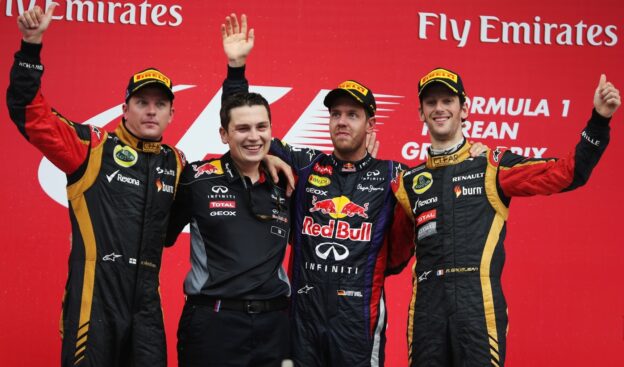 Sebastian Vettel won his 8th victory this season at Korea. The two Lotus drivers took 2nd and 3rd. Mark Webber who qualified 3rd had to start from 13th, because of his 10 place grid penalty of the Singapore taxi drive with Alonso.

Big surprise again was Nico Hulkenberg, who finished 4th and was able to keep Hamilton behind after the second safety car had to come out for Mark Webber's Red Bull who caught fire after being hit by Adrian Sutl's Force India. Read 2013 Korean F1 GP race report. 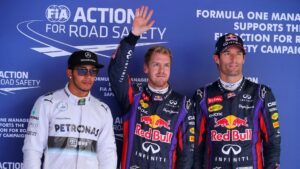 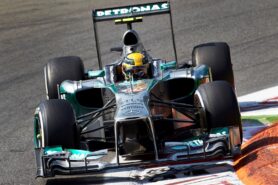