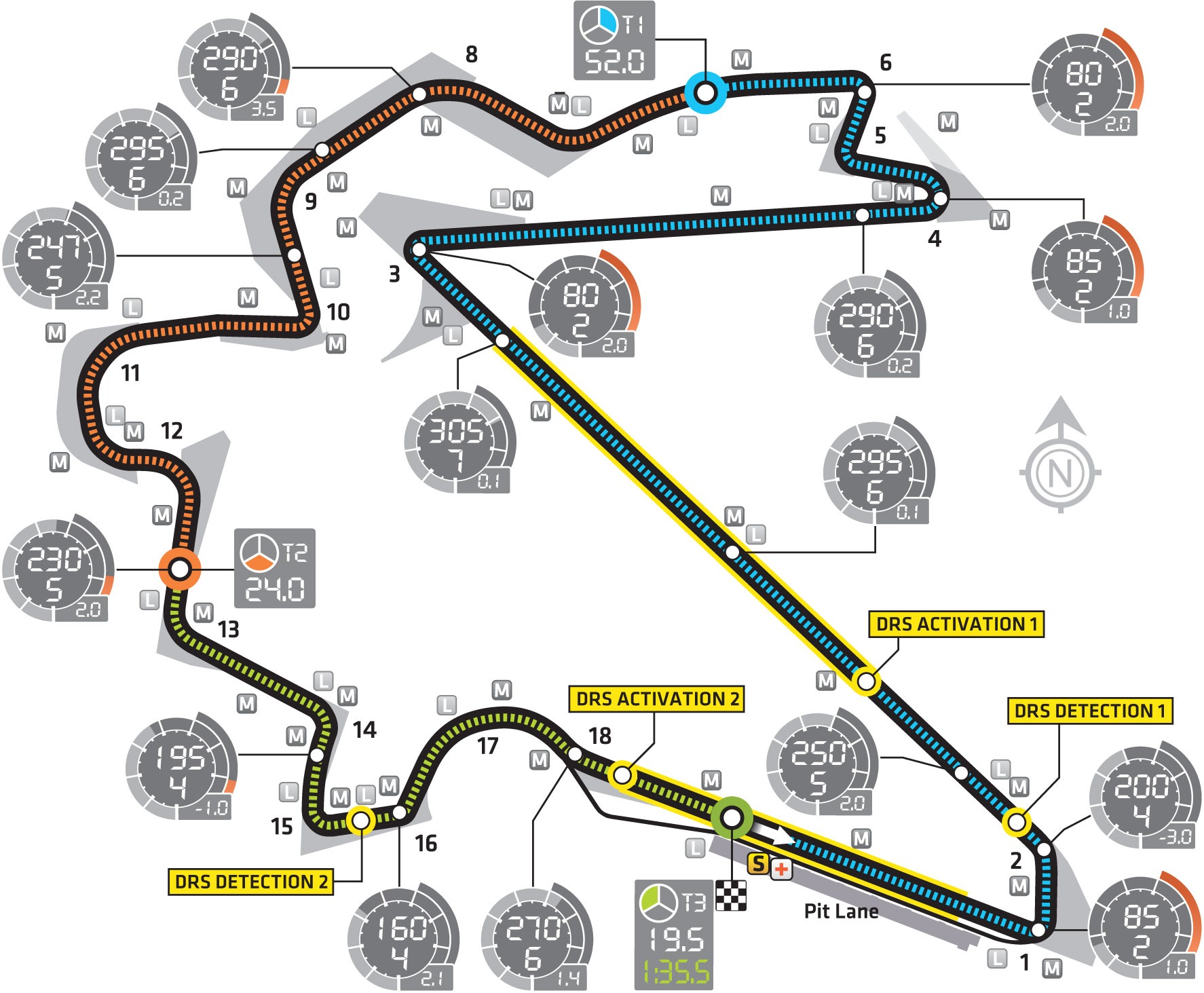 Straight between turns two and three

Back straight between corner 2 & 3

There are three straights on the Korean track, although the longest is not the pit straight. That honour instead goes to the straight between turns two and three, which is 1,150m. Over this stretch the engine will be working at full throttle for approximately 15s. With such an emphasis placed on top speed and acceleration, getting correct gear ratio selection is a labour of love, particularly for seventh gear. Get it wrong and you will either be at the limiter for too long and compromise acceleration, or potentially a sitting duck as the other cars sail past. The choice of ratios is complicated by the changeable weather conditions caused by the Korean International Circuit’s proximity to the sea and low altitude, with wind direction often varying from day to day. Allied to the start-finish line at approximately 700m, over 80% of sector one is thus taken at full throttle.

Turns six to nine
The complex between turns six to nine may twist and turn but it is feasible for drivers to take it at full throttle, meaning a further 700m flat out. On exiting turn six, the driver will accelerate up through the gears, trying to keep the momentum going as the car moves from side to side through the corners. G-forces through this section hit the roof and the fluids within the water, oil and fuel systems will repeatedly move within the tanks. It is particularly important for the fuel levels to be adequate, particularly towards the end of the race. The effect of the fuel ‘sloshing’ in the tank could mean that the pumps are left uncovered – thereby starving the engine – if the levels are too low.

Turn 14 – 16
From turn nine onwards the circuit is a combination of second, third and fourth gear corners taken at an average of 215km/h. The last complex, from turn 14 to 16, is particularly indicative of this part as the driver dances with the throttle, constantly on and off the pedal. The point-squirt nature of this section radically increases fuel consumption. In fact consumption over one lap is one of the highest of the year.