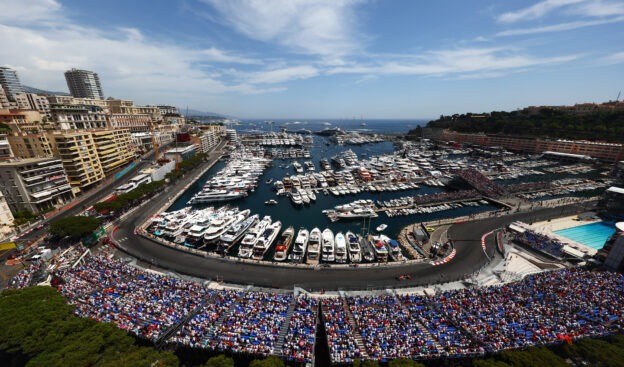 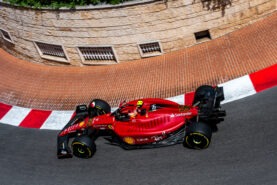 The third and final practice for the 2022 Monaco GP got to a slow start. After 10 minutes only four drivers had put a lap time on the leaderboard. Alpine driver Fernando Alonso was quickest up till then with a 1:14.757 min. on the soft tyres.

A few minutes later the top teams got out to practice for qualifying later this afternoon. Both Ferraris got out first and topped the timesheets right away. Charles Leclerc again was quicker than Carlos Sainz by a small margin of 0.106s. His first lap was a 1:14.008.

Fifteen minutes into the session both Red Bulls also had clocked their first lap times and were almost 0.5s slower than the Ferrari of Leclerc.. Max Verstappen was only 0.018s faster than his teammate Sergio Pérez.

A few minutes later Verstappen and Leclerc got up to speed and had gone a lot faster. Verstappen was now second fastest and only 0.038s behind Leclerc's Ferrari who still was quickest around the harbor of Monte Carlo.

Best of the rest was McLaren driver Lando Norris who was 'only' 0.613s behind Leclerc on P5. All drivers in the top 16 were driving on the softest tyre compound.

After yesterdays horrific practice session, Mercedes tried out a different front wing this third practice to try and solve the huge bouncing problem that had returned.

I took 20 minutes before every driver had clocked a lap time. Aston Martin Sebastian Vettel driver was the last to set a lap time. The German driver was 3.2s slower behind on P20.

With 35 minutes to go the track evolution was making the circuit quicker by the minute. Pérez and Leclerc now had driven 10 laps and had driven the same lap time of 1:13.297 min which was the quickest time up till then.

With 10 minutes to go Carlos Sainz had driven the quickest lap and set it to 1:12.846 and Verstappen recorded the second fastest time, being only 0.040s slower. Moments later Pérez showed the Red Bull can beat the Ferrari around Monaco being 0.075s quicker than Sainz. After him Leclerc also got in the mix again and was also exactly 0.075s faster than Pérez to set the P1 time to 1:12.702 mijn. The top 10 now was within 1 sec. apart.

With 5 mintues to go Hamilton showed he got the Mercedes up to speed around the Monaco street track and  jumped from P14 to P7. His teammate Russell now was on P9. At the same time Pérez again clocked the quickest time and set it to 1:12.554 min.

With two minutes to go Leclerc had topped the leaderboard again with a1:12.517 min. Being only 0.037s in front of Pérez. In the end both Ferraris and Red Bulls tried to find some time to improve, but didn't go faster than they already did. 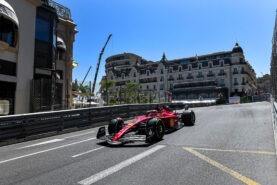 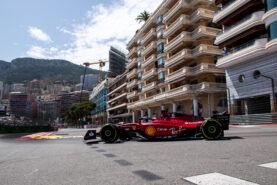