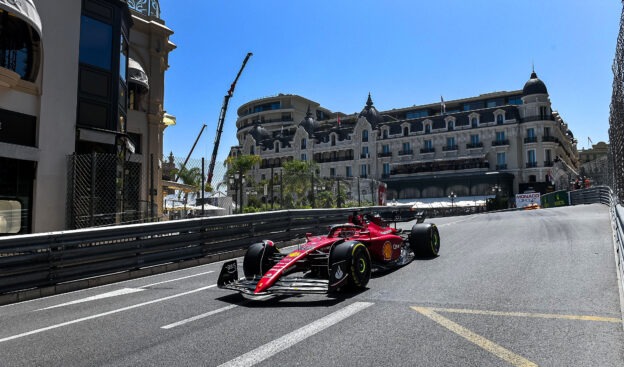 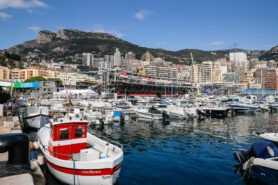 harbor illustration, boats during the Formula 1 Grand Prix de Monaco 2022, 7th round of the 2022 FIA Formula One World Championship, on the Circuit de Monaco, from May 27 to 29, 2022 in Monte-Carlo, Monaco - Photo Antonin Vincent / DPPI

The second free practice 2022 Monaco GP was kicked off by both Williams drivers with Alex Albon in front. The Haas car of Mick Schumacher had it's MGU-K replaced after the German driver only was able to drive 12 laps in first practice earlier today.

Lap times dropped very quickly again at the track evolution was huge again during this second free practice. 10 minutes into the session Red Bull Racing driver Sergio Pérez was topping the timesheet on medium tyres with a 1:14.001 min. His teammate Max Verstappen was second 0.254 sec. slower also on mediums. Ferrari driver Charles Leclerc was 3rd with exactly the same lap time as Verstappen, but on the hard tyre compound.

Aston Martin driver had a very lucky escape when he almost lost control of the AMR22 at the swimming pool section. The German driver was just able to keep the green car out of the barrier. After having been in the FP1 session with a MGU-K problem, Valtteri Bottas finally was able to get out of the Alfa Romeo garage this session. His first lap time was a 1:17.602 min on medium tyres.

Fifteen minutes into the session Daniel Ricciardo's second practice was already over when he did lost control of the McLaren at the swimming pool section. The situation looked about the same as Vettel's close encounter with the same barrier just before Ricciardo. The McLaren driver was on his first push lap on medium tyres and lost the rear on bump and crashed into the barrier with the left side of the MCL36. The session was red flagged for 10 minutes to recover the McLaren and do the necessary barrier repairs.

Halfway this FP2 session Leclerc had gone quickest in the Ferrari on a set of soft tyres. The Monegasque driver had driven a 1:13.125 min. Moments later Verstappen also check out the soft tyres and improved 0.022s on Leclerc's time to be fastest, while Leclerc already was improving a lot the next lap and set the quickest time to 1:12.764 min. He now was 0.339s quicker than Verstappen and the only driver who had gone below the 1:13's.

The other Ferrari driver, Calros Sainz was also going fast around the principality and clocked the second fastest lap time behind Leclerc. At the same time Leclerc kept improving and set the quickest lap time to 1:12.656 min.

Best of the rest was going on between McLaren driver Lando Norris and Mercedes driver George Russell. Norris was 5th on +0.638s behind Leclerc and Russell was on P6 looking at a gap of +0.750s towards P1.

Leclerc took a short break at end of the session. With nine minutes to go he drove out of the pits again to continue the FP2.

With five minutes to go Bottas was already quite up to speed and almost as quick as his old teammate Lewis Hamilton, who was still struggling on P12.

Last year the quickest lap time of FP2 was a 1:11,684 min, driven by Charles Leclerc with the Ferrari. 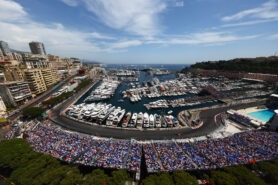