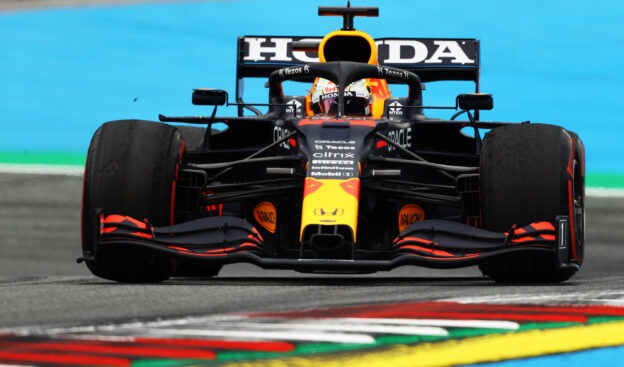 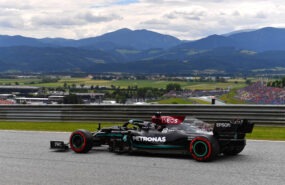 Haas driver Nikita Mazepin was the first to break the silence around the mountains of the Red Bull Ring in Austria. The Russian driver who drives for the US team was the first to start with the third and final practice session for the 2021 Austrian Formula 1 Grand Prix.

Today the news got out that Lewis Hamilton has extended his Mercedes contract with 2 years. The British champion said he is incredibly proud and grateful of how Mercedes has supported me in my drive to improve diversity and equality in our sport.

15 minutes into the session Yuki Tsunoda was on P1 with time of 1:06.045 min. The AlphaTauri driver was 0.013s quicker around the Red Bull Ring than his teammate Pierre Gasly who was second quickest. Ferrari driver Charles Leclerc was 3rd on +0.120s, McLaren driver Lando Norris on P4 (+0.225) and Alpine driver Esteban Ocon was 5th (+0.344s).

Half way the session Max Verstappen had not driven any lap. Hamilton did do 6 laps, but was only 13th on the leaderboard. His teammate Valtteri Bottas was even 17th. After his first timed lap Verstappen was ride away quickest of the 20 drivers. His first lap time was a 1:04.941 on soft tyres. The Dutchman was almost 0.7s faster than Norris who was on P2.

Tsunoda had an exiting moment coming out of turn 9, when he went completely sideways into the grass. He nearly was able to stay out of the wall. The rear tyres were completely flat spotted, but the Japanese was able to return to the pits.

The quickest lap time of last year's FP3 in Austria was 1:04,130 min, driven by Lewis Hamilton with the Mercedes W11. 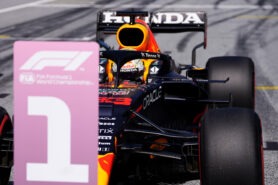