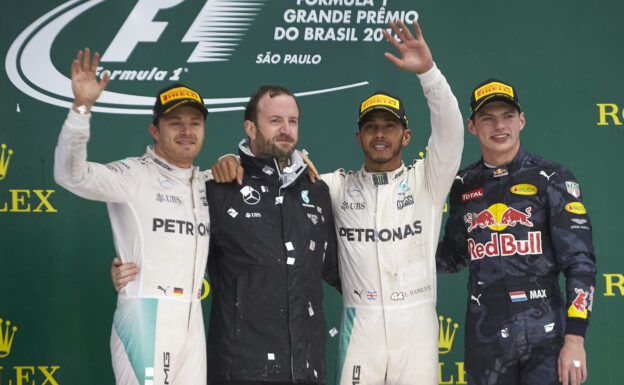 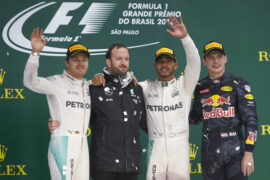 The race was red flagged twice and took over 3 hours to finish.

Man of the race was 19 year old Red Bull Racing driver Max Verstappen who finished 3rd after driving 2nd half way the race! The team and he made some bad decisions with 3 pit stops to try and win the race!

During the last safety car period the Dutchman had to switch from Intermediate rain tyres to Extreme rain tyres. The safety car period was caused by Felipe Massa, who aquaplaned out of the race and had a very emotional and and beautiful goodbye at Interlagos. After Max had his pitstop he had to start over from 16th position to try and make the best of it.

He drove like a lion passed the other drivers as if they where driving F3 cars! Driving different lines which looked impossible. He passed 13 cars in just 15 laps and finished 3rd! to climb the podium with this legendary drive who reminded a lot of people to Senna's 1993 Donington rain ace drive. 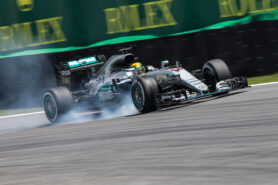 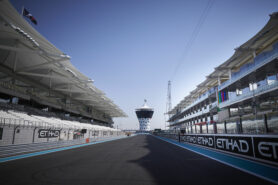