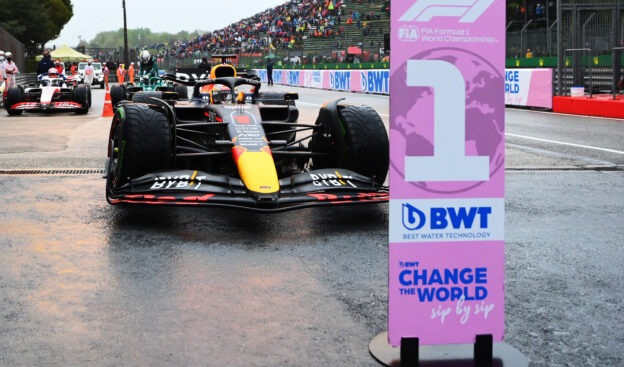 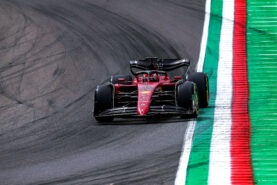 Max Verstappen won the first Sprint qualifying event of the 2022 F1 season for Red Bull Racing. He started from P1 but lost the lead at the start on the Imola track.

The start of the race wasn't great for Max Verstappen when his Red Bull did got away quick enough to stay ahead of Charles Leclerc in the Ferrari on the straight towards turn one. It took Leclerc only 4.8s to get up to 200 km/h. The Dutchman could hang on to P2.

Further up in lap one Pierre Gasly and Guanyu Zhou collided in turn 9. The Alfa Romeo driver spun off and hit the barrier and couldn't go on. The safety car was deployed for 3 laps to recover the Alfa Romeo. Gasly was able to drive back to the pits to get a new front wing and a new set of tyres, because he had a front left puncture and damaged rim.

The 21 laps Sprint race restarted in lap 5. Kevin Magnussen was given a black and white flag for weaving on the straight. Both Haas cars were both fitted with medium tyres. All other cars, except the Williams of Nicholas Latifi had started on the soft tyres.

Lewis Hamilton had also had a bad start and had dropped 2 places to P15. In lap 7 Carlos Sainz passed his fellow countryman Fernando Alonso for P7. In lap 8 the drivers were allowed to use DRS and Red Bull driver Sergio Perez who started from P7 overtook Magnussen right away to get up to P4.

On the half way point Verstappen was 1.3 sec. behind race leader Leclerc. Lando Norris was on P3 with Perez right behind the McLaren. He overtook the British driver in lap 11, while the other McLaren driver Daniel Ricciardo passed Magnussen for P5. One lap later Sainz did the same to Magnussen. The Danish driver now lost 2 places and dropped back to P7.

In lap 14 Sainz also overtook Ricciardo for P5 when he got into the DRS zone behind the McLaren. In lap 16 Verstappen did got into the 1 sec. zone and now was able to use the very powerful DRS on the Red Bull, but he couldn't overtake him right away and both had a great cat and mouse fight again. It took Verstappen until lap 20 to take back P1 and even drove away as Leclerc seemed to have asked too much from the soft tyres.

Sainz was on a roll after his crash yesterday and also was able to overtake his former McLaren teammate to end up on P4. 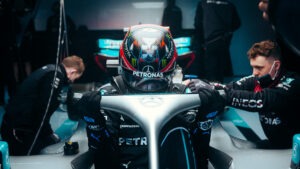 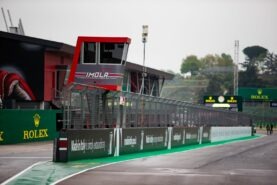