How much money do top drivers make in F1 today? 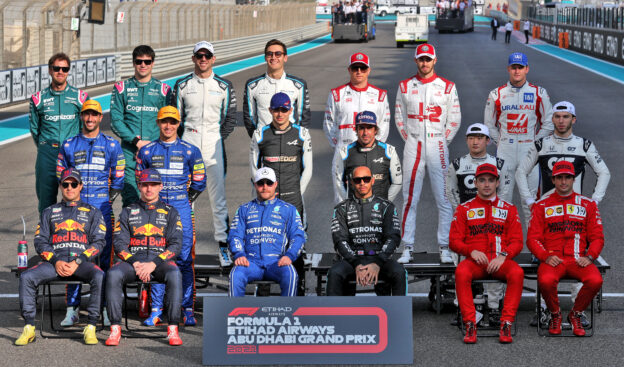 Formula 1 is the pinnacle of motorsport. Obviously, the spectacle comes from the amazing machinery hitting the track on Sunday and the drivers in it competing at the highest level and looking for ever inch of the circuit to improve their lap time. Accordingly, those risking their lives for sporting pride and glory earn a lot more than mechanics or engineers. In fact, the newly-implemented budget cap for every team (since 2021) does not include drivers' salaries, which makes for some interesting figures.

Lewis Hamilton and Max Verstappen fought for the 2021 Formula 1 World Drivers' Championships and also among the highest-earning figures in the series among drivers. In 2021, Hamilton led all drivers in terms of earnings (the addition of his base salary and earnings from wins and results) with an estimated $40-million base salary, according to Spotrac.

The Mercedes legend, who is coming off the controversial 2021 Abu Dhabi Grand Prix and was surrounded by lots of F1 rumors regarding a possible retirement, is at the top of the list again, after leading it in 2021 with $62M in earnings. Second place belongs to Red Bull's racer Max Verstappen, who sits below the seven-time World Champion with a base salary of $25 million. The Dutchman, who will sport the number one in his car for the 2022 campaign, credited as the champion, was second in the 2021 list as well, with $42M in earnings.

Behind the two racers who fought for the 2021 World Drivers' Championship we will find Fernando Alonso. The two-time World Champion has a base salary of $20 million for the upcoming campaign, his second with Alpine after returning from a two-year absence from Formula 1. Aston Martin's Sebastian Vettel and McLaren's Daniel Ricciardo are tied with a $15-million base salary from their respective teams in 2022. 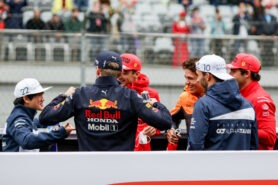 The Scuderia Ferrari pair of Charles Leclerc and Carlos Sainz come next, with the Monegasque racer having a $12-million base salary, slightly above his teammate's $10-million. Last season, Sainz was able to finish in front of Leclerc in the Drivers' standings, as he found ways to be opportunistic and carve out great results in crazy races.

Valtteri Bottas found a big deal with Alfa Romeo after competing for Mercedes in five straight seasons (since 2017) and remains earning double figures, as his base salary for the 2022 season ($10 million) matches his earnings from 2021 with Mercedes, the team that won the World Constructors' Championship. Aston Martin's Lance Stroll, whose father Lawrence owns the team, is set to have a $10-million base salary.

Verstappen's teammate at Red Bull, Sergio Pérez, will have a $8-million base salary for the 2022 Formula 1 season and he'd love to have a third consecutive season with a Grand Prix win. Moreover, Hamilton's new teammate at Brackley, George Russell, has a reported base salary of $5 million for the 2022 season, a clear step ahead for the young British racer, who earned $1 million last year with Williams. However, many expect him to battle against his own teammate and perhaps surpass him in 2022.

Three other young F1 drivers will be earning base salaries of $5 million in 2022, and that list includes McLaren's Lando Norris (who scored four podiums last year) and two French drivers who are Grand Prix winners: Alpine's Esteban Ocon and AlphaTauri's Pierre Gasly.

To round out the list, we have six drivers who are below the $5-million mark. That part of the list includes Alexander Albon, who is returning with Williams after a year out of the series and a $2-million base salary. Rookie Guanyu Zhou (Alfa Romeo), the Haas pair of Mick Schumacher and Nikita Mazepin and Nicholas Latifi (Williams) all have a $1-million base salary for the 2022 Formula 1 World Championship campaign, while AlphaTauri's second-year driver Yuki Tsunoda closes out the table at $750,000.

The 2022 Formula 1 season is set to begin on March 20th with the 2022 Bahrain Grand Prix at the Bahrain International Circuit in Sakhir. 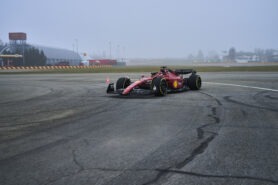 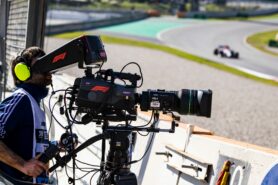 How can I watch F1 easy and without irritation at home?