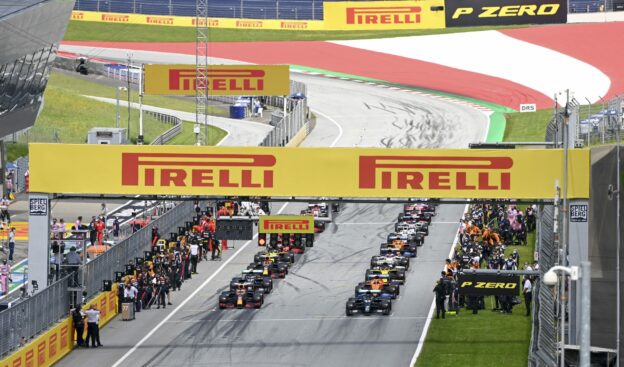 Max Verstappen today scored two F1 poles in a row for the first time in his career. The Red Bull driver was over 0.2s quicker than his title rival Lewis Hamilton in the Mercedes who qualified third.

The Mercedes driver will move up 1 place to P2, because his teammate Valtteri Bottas who qualified second received a 3 grid penalty for unsafe driving in the pitlane during practice. Yesterday the Finnish driver spun the Mercedes while driving away after a pitstop.

The expected rain has fallen yet this weekend, but for tomorrow predictions the weather prediction keeps changing, the rain precipitation is still around 80% for the afternoon.

The 71-lap Styrian Grand Prix has a high lap count owing to the short length of the circuit, but it should still be a one-stopper: especially with this weekend's tyre selection of C2, C3, and C4.

The most favoured one-stop strategy for the bulk of the top 10 is likely to be P Zero Red soft to P Zero White hard. Otherwise, P Zero Yellow medium to hard is set to be what Red Bull's Max Verstappen and the two Mercedes drivers opt for: which is also a possibility for other drivers outside the top 10 on the grid. Soft to medium (or vice versa) is feasible too, but more difficult to achieve without careful tyre management.

As usual, there's also the possibility to do the opposite – beginning on the harder compound before switching to a softer one. This makes sense for those starting close to the back and hoping to run a longer first stint to gain track position. There are a few good overtaking opportunities over the course of the lap (also considering the three DRS zones) so track position isn't quite as essential at the Red Bull Ring as it is at some over circuits.

Naturally, all of this depends on the weather – with the forecast still looking variable. Track temperatures though will certainly influence the tyre life – especially on the soft – and therefore the strategy. 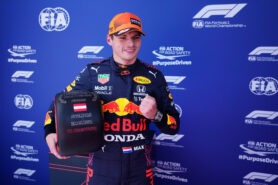 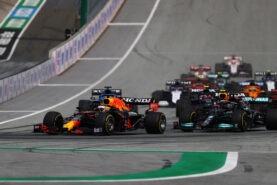