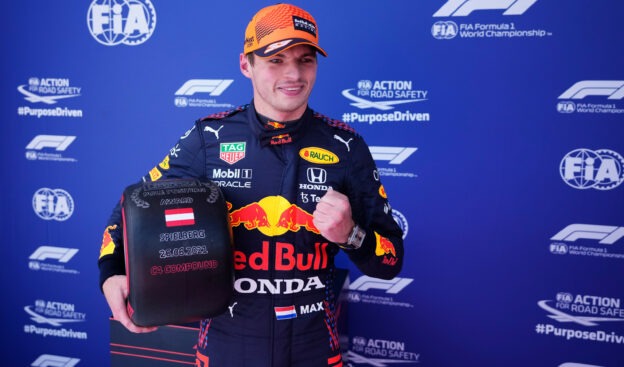 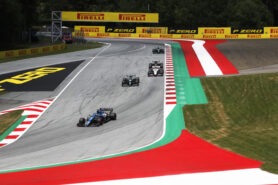 Max Verstappen scored his 6th F1 pole position of his career. The Dutchman did it during the 2021 Styrian Grand Prix qualifying session today. The Red Bull driver will start from P1 for the first time on Red Bull Ring. It was the 66th pole for Red Bull Racing.

Q1
After the first stint Red Bull driver Max Verstappen was fastest with 1:04.489 min with his title rival Lewis Hamilton close behind him on 0.193s with the Mercedes.

With 5 mniutes to go the drivers who had to improve their lap time to get into Q2 were: Antonio Giovinazzi (Alfa Romeo), George Russel (Williams), Kimi Raikkonen (Alfa Romeo), Mick Schumacher (Haas and Nikita Mazepin (Haas).

Daniel Ricciardo was just safe by only 0.020s on P15 for McLaren. Of the top teams only Sergio Perez had to go out because the Mexican driver was still on P11. After the finish flag was waved we saw 18 drivers within a gap of 1 sec and even still 13 drivers in 0.5s time difference. towards P1! The only driver who improved enough to get into Q2 was Antonio Giovinazzi. He ended up on P14 and pushed out the Alpine of Esteban Ocon who was 17th quickest on +0.728s of P1.

Q2
Valtteri Bottas who received 3 grid place penalty for his pitlane spin yesterday during FP2 was the first to go out to try and get into Q3. Hamilton, Verstappen, Bottas and Giovinazzi went out on medium tyres in the first stint to try and get in a good lap. If they can get into Q3 on those tyres they are allowed to start tomorrow's race on the mediums.

With 5 minutes to go Pierre Gasly had driven the quickest lap time in the AlphaTauri. The French driver clocked a 1:04.429 and was only 0.004s quicker than Verstappen. Lando Norris also had improved and now was 4th with the McLaren. The young British driver was only 0.024s apart from Gasly's time.

With 5 minutes to go the drivers who had to improve to get into Q3 were Giovinazzi, Daniel Ricciardo (McLaren), Russell, Vettel and Charles Leclerc (Ferrari). The slowest driver was Giovinazzi the Italan driver was on P15 only 0.977s behind Gasly.

When the finish flag dropped the only driver who made it into Q3 was Leclerc, he ended up as 9th. Leclerc pushed out his Ferrari teammate Carlos Sainz. Giovinazzi did improve but stayed on P15 being only 0.716s slower than Perez who was quickest on a set of red tyres.

Q3
This time Hamilton was the first who went out to get a lap time on the timesheet. All cars obviously used the quickest soft tyre compound. No other car was on the track when the British driver set his first lap time of 1:04.205 min which was slower than the quickest lap of Q2 set by Sergio Perez.

In the last stint Valtteri Bottas did improve to P2 and the Finnish driver beat his teammate Hamilton for the 3rd time this season. Due to his penalty he will start from P5.

The pole time of last year's Styrian GP was a 1:17.825 min driven by Lewis Hamilton in the wet for the Mercedes team. The lap record of 1:02.939 min was not broken and set by Valtteri Bottas last year at the Austrian GP. 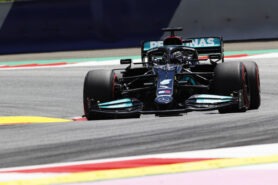 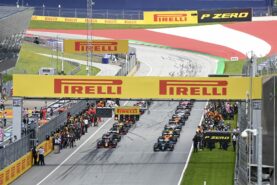