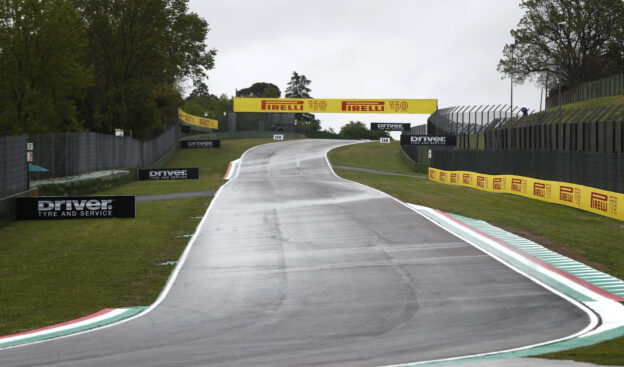 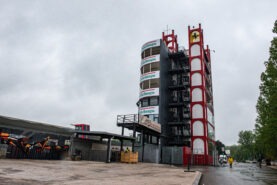 Thick clouds were still above the historical Imola track at the start of the first practice for the Emilia Romagna Formula One Grand Prix. It had been raining whole morning and it was very cold at the circuit with only 11 degrees.

Valtteri Bottas was the first who got out on the track using the full wet tyres and clocked a first lap time of 1:43.277 min. Ferrari driver Charles Leclerc was the first who spun at turn 15 and caused the first yellow flags. Nicholas Latifi was the second to cause yellow flag when he went off at the hairpin. The Canadian driver was able to continue.

Max Verstappen was much quicker right away. After 15 minutes the Red Bull driver was already clocking lap times in the low 1:37 min. He was 0.5 sec. faster than Lelcerc and even 9 sec. quicker than rookie Guangyu Zhou in the Alfa Romeo at that moment. All drivers were using the Pirelli full wet tyres with the blue markings.

Five minutes before the half way of the session Sergio Perez recorded a 1:35.476 min, which was the quickest lap time up till then. Leclerc was 2nd on +0.153s, Carlos Sainz was 3rd in the second Ferrari on +0277s. Verstappen now was 4th on +0.682s. AlphaTauri driver Pierre Gasly was 5th on +1.182s. Both Mercedes drivers Lewis Hamilton and George Russell were over 3 seconds slower on P14 and P16.

The track seemed to get faster every second and both Sainz and Leclerc were alternating the fastest lap time. With 6 minutes to go it was Leclerc on P1 with a 1:29.402 min. At that moment Lando Norris had beached the McLaren in turn 12, called Acque Minerali. It looked like Norris' car needed to be recovered and the session got red flagged. The British driver was able to free the car himself and drive back to the pits.

The session was restarted quickly and everybody tried some extra starts. Bottas also spun at turn 12 and almost ended up in the barrier. The Finnish driver wasn't able to continue as the Alfa Romeo was

Last season Bottas was fastest during FP1. He did one lap of Imola in 1:16.564 min with the Mercedes W12. Qualifying is already later to day, as this event has the first Sprint race of the season. 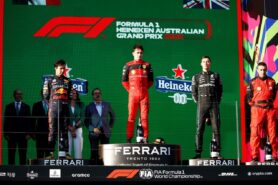 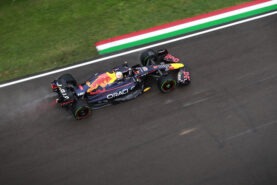