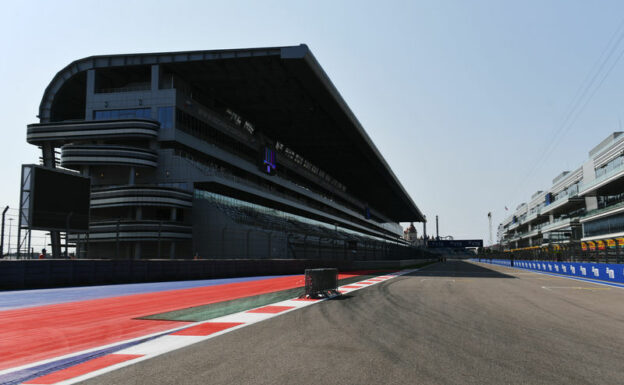 Here you can see the start grid for the 2020 Russian Formula 1 Grand Prix. The overview below shows the starting order for the seventh race to be held at the Sochi street circuit near the Black Sea.

This grid is the final starting grid. Alexander Albon and Nicholas Latifi received a 5 places grid penalty for replacement of their gearbox while being in parc ferme.

The fastest way to approach the 53-lap race is a one-stopper, as has traditionally been the case on the smooth asphalt of Sochi. However, tomorrow's weather is expected to be even hotter than today, which will obviously have an effect on thermal degradation. 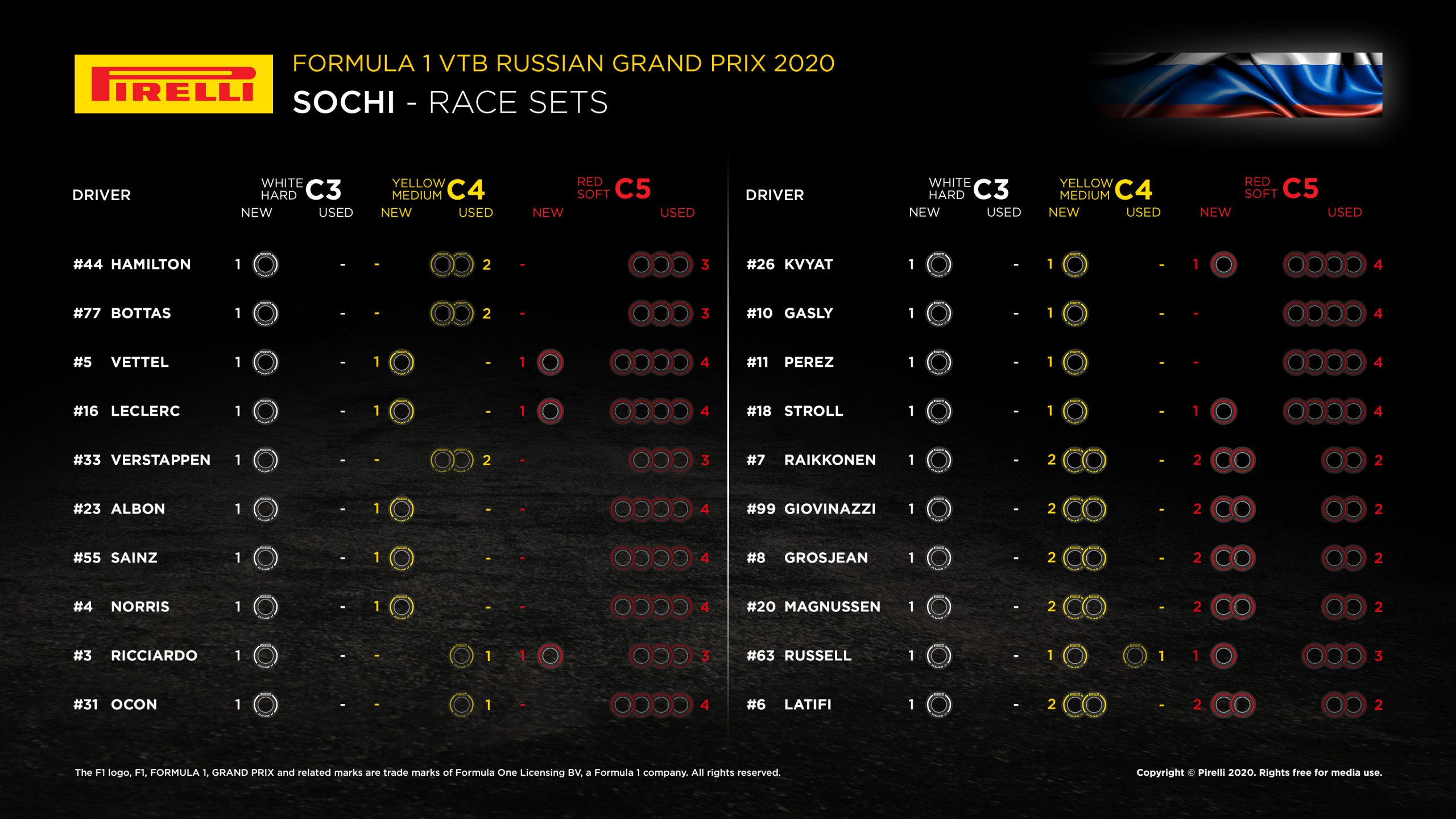 As usual the teams will end up focussing on a one-stopper, also because the pit lane speed limit in Sochi is only 60kph: meaning that there's a bigger time penalty for a pit stop. On top of that, it's hard to overtake if you find traffic.
The quickest way will be to start on the Red soft tyre and then switch to the White hard after approximately 12 laps. Just as quick but very marginal on wear is soft for 14 laps and Yellow medium for 39 laps. As usual, this can be done the other way round too.

Slightly slower than those is a medium-hard one-stopper: medium for 22 laps and hard for 31 laps.
Finally, the quickest two-stopper will involve two stints on the soft of 12 laps and one on the medium, possibly running the medium in the 29-lap middle stint. 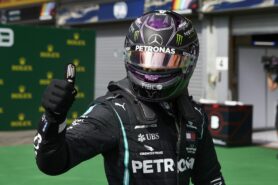 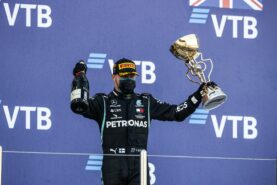