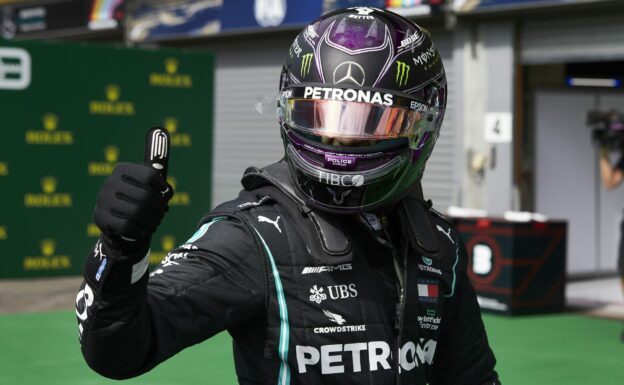 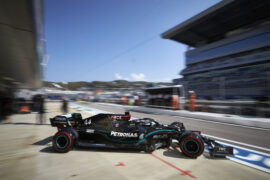 Lewis Hamilton scored his 96th F1 pole position in the 2020 Russian Grand Prix qualifying session today. It was already his 8th pole of the 2020 season. The Mercedes driver will start from P1 for the second time in his career on the Sochi circuit. It was the 121th pole for the Mercedes team.

Q1
Mercedes driver Valtteri Bottas was the first who put a lap time on the board. He opened up this qualifying session with a 1:32.656 min on soft Pirelli tyres. Perez looked very quick in the Racing Point. With 5 minutes to go the drivers who had to improve to get into Q2 were: Esteban Ocon (Renault), Kimi Raikkonen (Alfa Romeo), Antonio Giovinazzi (Alfa Romeo), Romain Grosjean (Haas) and Nicholas Latifi (Williams). At the end of the session home country driver Daniil Kvyat showed an impressive lap time in the AlphaTauri to end up on P3. The only driver who improved enough to get into Q2 was Ocon. The French driver even clocked the 4th fastest time in the Renault.

Q2
At the beginning of the session Sergio Perez told his team on the radio he saw some drops of rain. Both Mercedes drivers Bottas and Lewis Hamilton went out on medium tyres on their first stint. The only other driver who tried to get into Q3 on medium tyres was Max Verstappen. The compound you drive your fastest lap time on in Q2 is the tyre you have to start on if you get into Q3. Because Hamilton made an error and gone wide in the last corner, his lap time was deleted. Daniel Ricciardo was quickest on the soft tyres, while Bottas was 4th. Verstappen was 7th on the medium tyre. All cars that start the race above P10 can choose whatever tyre they prefer.

With 5 minutes to go the drivers in the elimination zone were: Alexander Albon (Red Bull), Lance Stroll (Racing Point), George Russell (Williams), Sebastian Vettel (Ferrari) and Hamilton. With 2:15 min Vettel crashed his Ferrari coming out of turn 4 he caused the session to be stopped by a red flag to clean up the track. Hamilton still had not set a lap time and Leclerc only could just avoid the wrecked car of his team mate.

When the session was clear again all cars who wanted to set a lap time only had 2:15 min for their out lap. Hamilton only just made it to beat the clock to set a lap time. He drove the 4th fastest lap time on the soft and also has to start them. Bottas and Verstappen are the only 2 drivers who will start on medium tyres. Albon was also quick enough in the 2nd stint to get into Q3.

Q3
After the first stint Hamilton was quickest already with a 1:31.391. Almost 0.8s faster than Bottas in the same car! In the second stint Hamilton even improved and broke the pole time record of 2018. Verstappen also improved a lot and took away P2 from Bottas, who will start from P3. 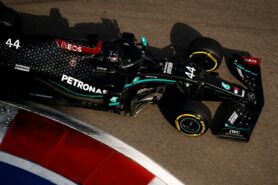 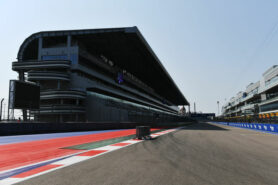