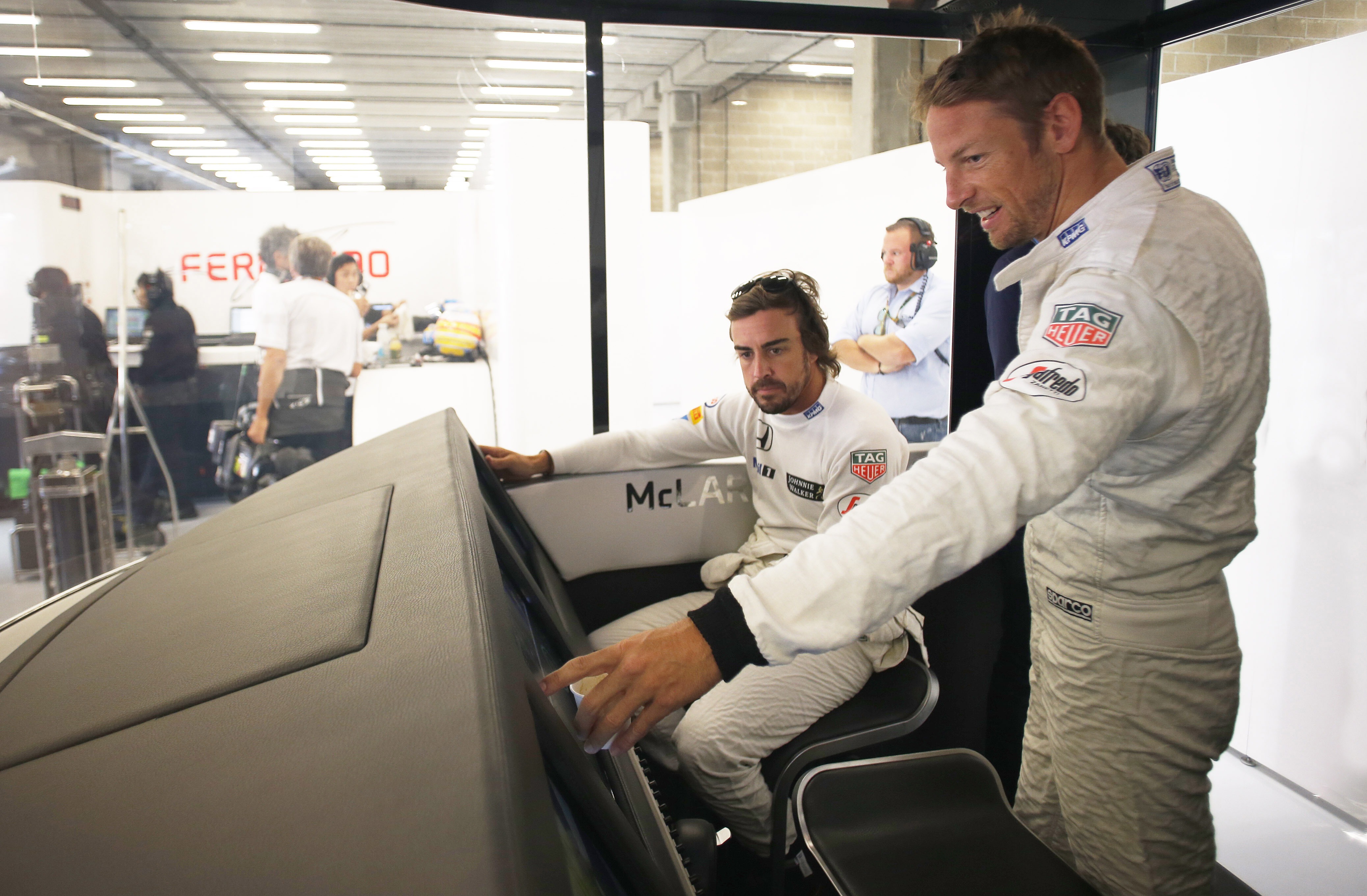 Spaniard Alonso, who called Honda's "embarrassing" power unit akin to a "GP2 engine", explained at Sochi that he was simply "frustrated" to be passed by cars before the braking zone.

He also called for a ban on F1's radio broadcasting, arguing that what is said between the cockpit and the pitwall should be "private".

Some characterised Alonso's behaviour in Japan as an obvious sign that his patience with McLaren-Honda is crumbling, but teammate Button does not think so.

The Briton has just signed on to join Alonso for another season, despite earlier contemplating retirement.

But Button said all the pre-Suzuka speculation had simply been the result of "miscommunication", and that he was simply in a process of learning more about the team's plans to recover in 2016 and beyond.

He also denied it was an argument with Ron Dennis over money.

"To be able to do this (race at McLaren-Honda) for another year, I needed to know there was something positive on the horizon and I definitely feel there is a lot of good things coming over this winter," said Button.

So he put himself in the same boat as Alonso, whose frustration very publicly boiled over in Japan.

"Fernando and I often express our opinions, believe me!" he said at Sochi. "Just not in front of the cameras, usually.

"Seriously, Fernando and I put pressure on the team -- we don't just sit on the sidelines. It hurts when you feel you can't even defend your position during the race.

"But it's important that we have these emotions," Button argued. "It shows that it matters to us and that we love this sport."

For the same reason, Button refused to back the boss of the British grand prix, Silverstone's Patrick Allen, who declared this week that F1 is "sh*t".

"We've got to be very careful with what we say, because people read it and they believe it. It's not a 'sh*t product'," Button insisted.

"There are areas that need to be improved, but we know that -- and that's why they are being improved."

Verstappen sure Red Bull exit would not end F1 career