That is the view of former F1 test driver turned pundit Bas Leinders, after Hamilton beat Sebastian Vettel to the championship with two races to spare last weekend in Mexico.

"You can love him or not, but you have to admit that he is an exceptional driver," the Belgian told the Sporza broadcaster. "What he has achieved this year is well deserved.

"At the beginning of the year, Mercedes certainly did not have the fastest car. Ferrari had the upper hand, but Vettel dropped a few balls and above all Mercedes and Hamilton showed a lot of resilience and that was the deciding factor," Leinders added.

"He absolutely belongs in the top five best drivers in F1 history," said Leinders, a Minardi test driver in 2004.

He admitted that Hamilton's personality rubs some people up the wrong way, but Leinders said that is only natural.

"If you want to become a multiple world champion, you cannot be a sweetheart," said Leinders.

"A sympathetic guy like (Jenson) Button can become champion once, but to fight for the title year after year, you have to be a bit aggressive and unsympathetic." 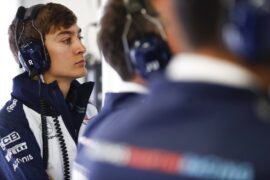 Russell 'not worried' about Williams form 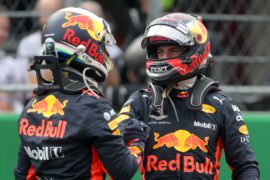