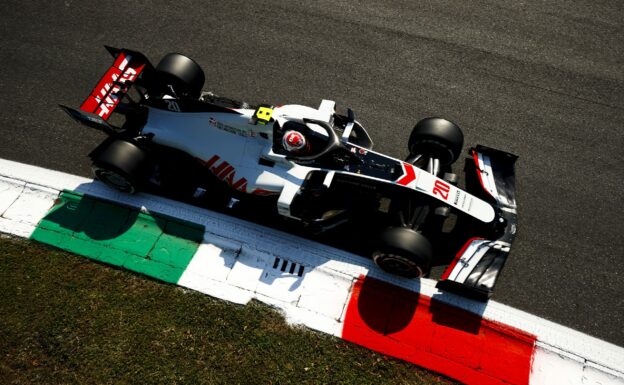 With that news, the rumour mill went into full speed with Sergio Perez, Mick Schumacher, and Nikita Mazepin all names in the frame.

The question is why are Haas desperate enough they may go with two rookies?

Haas finds themselves like most of the teams under financial pressure and to understand their predicament, we must examine their income.

Haas spends in the region of $130m and in 2019 received $56m for their share of monies distributed to the teams by Liberty Media and sponsorship revenue estimated at $83m enabling the team to balance the books.

The first major problem is next year the teams will get approximately half the usual amount of money from Liberty Media. because the revenues have fallen by that amount this year due to the pandemic.

So, for Haas that is a potential $28m shortfall.

The second issue is the sponsorship revenue, Haas only has eight sponsors contrast that to McLaren with forty-eight.

Watchmaker Richard Mille and clothing brand Jack & Jones each pay an estimated $5m. It is believed the remaining sponsors pay a total of $10m leaving Haas Automation as the title sponsor paying upwards of $63m. 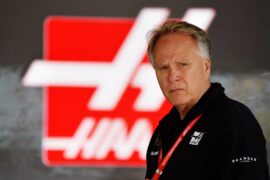 This may be keeping Gene Haas awake at night as Haas Automation is vulnerable financially due to economies worldwide heading into or already in recession due to the pandemic. It is worth noting Haas sells its products in 100 countries.

History shows us that Haas Automation suffers during recessions as customers cut back on capital expenditure. After the 2008 crash, Haas Automation cut its workforce by 30% with a loss of 400 jobs.

To add to his worries Haas has recently invested $27.4m to purchase 279 acres of land in Nevada to build a new factory.

Gene Haas has always played the long game, he delayed Haas entry into F1 by a year to allow the correct organisation structure and partners to be put in place.

It was speculated that Haas turned down three offers for the team in 2019 with the bidders understood to be Mazepin, the Saudi sovereign wealth fund, and maybe Williams new owner’s American private equity firm Dorilton Capital.

Haas decided to play the long game in 2019 gambling on a new Concorde agreement with its fairer share of revenues, budget cap, new regulations, and the dilution fund all increasing the value of the team from 2020 onwards.

The gamble would have paid off had into not been for Covid-19 and the threat the pandemic poses to the finances of F1 and the wider global economy.

In relative F1 terms, Gene Haas is not a rich man compared to the likes of Dietrich Mateschitz and Lawrence Stroll, his net worth sitting at an estimated $300m

So, what are his options?

Signing two pay drivers will be attractive as they will have the luxury of a transition year for Haas in 2021 due to a delay in the new regulations resulting in Haas having little to lose running at the back of the grid something the team already seem resigned to doing.

Finding a new title sponsor will be achievable but it will no doubt be at reduced rates. One option is to fulfil a long-held goal to sign an American driver which would be massively appealing to potential American companies, something that would also have Liberty Media salivating.

In the frame is Colton Herta the 20-year-old IndyCar driver although gaining a superlicence may be a major obstacle.

Selling the team would be easily achieved as we know there are buyers witnessed by Claire Williams confirming several credible parties were interested in purchasing Williams. 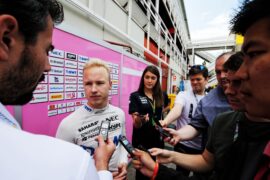 It is clear Belarus-born Russian Dmitry Mazepin who owns the chemical company Uralchem wants to purchase a F1 team having lost out previously at Force India and most likely at Williams.

Mazepin’s wealth is hard to pin down with estimates varying widely between two extremes of $1.8 billion and $7.1 billion either way he has the money.

Various media sources have claimed that Mazepin has already tabled an offer which “few teams would refuse”, however, Haas has denied the possibility of a sale.

What may prevent Haas from selling is if he feels Mazepin is trying to take advantage of the current situation something that will not sit easily with Gene Haas.

It is well documented Haas served 16 months of a 24-month prison sentence and paid a $75m fine after pleading guilty to conspiring to commit tax evasion in 2008.

But it was not a simple case of greed, his motivation was to correct a perceived wrong.

Haas refuse to pay licence fees to the machine tool competitor Hurco claiming he considered Hurco to have an invalid and out-of-date patent.

A three-year dispute ended when Haas lost a subsequent court case and had to pay $8.9m as settlement on damages.

Haas told John Phillips, the company's former chief financial officer and eventual whistleblower he was so angry that he vowed to recoup the millions of dollars he lost and blamed the government

So, we know Gene Haas is a man who will take whatever action he deems appropriate.

In the interests of balance, it is fair to state Gene Haas has an admirable track record of philanthropy since 2001 through the Gene Haas Foundation.

So, all will be revealed in due course, but the last word goes to a man who knew a thing or two about deals, Bernie Ecclestone who once commented,

“There’s a lot of teams that if somebody comes along with the right cheque, they would sell, not because they want to, but because commercially they probably think it would be the right thing to do.” 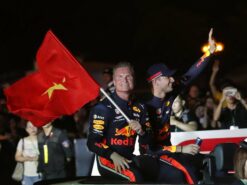 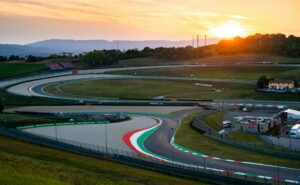