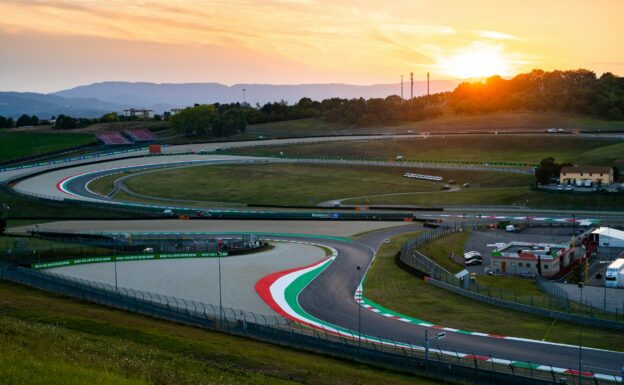 As we all get neck-deep into this weirdest of weird years and most depressing of depressing Formula 1 seasons, something is blindingly obvious - the complacency with which we viewed our world and our sport prior to 2020. It wasn't bad, was it? It's pretty bad now, isn't it?

And yet, in 2019 and earlier, we still complained just as much: houses are too expensive. Supermarket lines too long. Wages not high enough. The pub's too noisy. The ludicrously strict enforcement of track limits. Should we be going to a country with no motor racing heritage like Vietnam? Donald Trump's a loon! Bring back the grid girls! Lewis Hamilton's veganism.

But fast forward to the thick end of the strange and exhausting 2020, and we discover that we had actually been sleepwalking in the dying moments of some sort of utopia. Houses aren't just expensive now - you may have lost yours. Wages are not too high when you don't have a job at all, and the pub's been awfully quiet lately, hasn't it?

Who cares about track limits when you can't even watch the cars thread the needle between the Monaco barriers? Who cares about Trump when the alternative dude has no idea what day it is or what office he's running for? Forget no Vietnam ... there's not a single gosh-darn barking-mad Prancing Horse flag-waving Tifoso at Monza! And giving up meat is nothing compared to the demand that we "Arrest the cops who killed Breonna Taylor".

Anyone got any handcuffs, or what?

As Max Verstappen is currently in trouble for calling Lance Stroll a "retard", I'd better watch my PC language here and rhyme instead: 2020 is a true schmitt show.

But as my dear old Grandma used to tell me, even when your cat's on fire, there's always something to be grateful for. So this is what I'm grateful for as we cringe our way through the most ridiculous and foreboding Formula 1 season of all time:

1. I'm still getting my sleep

Actually, I'm getting more of it than ever! It could be the high alcohol content of my coffee, or because Mercedes' black livery has solved global racism, but my eyes tend to glaze over when that black and white pre-footage begins and I hear Lewis Hamilton oh-so-earnestly declare: "I won't stay silent". Unfortunately, apart from a bit of snoring, the rest of my evening on the couch is usually pretty silent indeed. Sorry, Lewis. I'm sure the races are tight at the front but it always seems to be HAM-BOT-VER anyway for some reason. 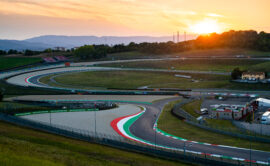 Seriously, though, after years and years of chasing big dollars and empty grandstand seats to the likes of China, Baku, Vietnam and Bahrain, would you be upset if the world championship became just a little bit less world-y and we just stayed at the epic Mugello, Portimao, Istanbul and Imola from now on? It took a pandemic with a 99.9% survival rate to reunite the top class of motor racing with the most epic of cash-strapped circuits, but if 'covid normal' means settling for Istanbul's Turn 8 or seeing the blood drained out of the drivers' faces after a full race at Mugello, give me my mask and count me in! I'm ready for the third wave!

I mean, who hasn't enjoyed watching Lewis cruise to a seventh world title and 92nd win? Schu-who? In previous years, I might be doing complex mathematical points calculations by now to try to figure out how many lame duck races there'll be this year after Hamilton's engineer tells him to "Get in there, Lewis!" This year, I've been a bit too busy using my calculator to see if I can afford the mortgage, but spare a thought for HAM! Not only is he knocking Schu-who off his record-holding perch, he's also having to spend his spare time crunching the numbers for his 2021 pay-rise. Go Lewis! We're all rooting for you. 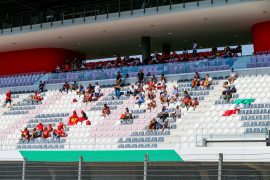 Apart from that moment when your dentist tells you he'll have to do another root canal and you're still allergic to Bupivacaine, has there been anything more depressing than watching Formula 1 cars race around a ghost track? Fear not - the ghost race era is over now! Covid normal! Sure, F1 left Portugal amid local rage about the spattering of spectators and reports of the new out-of-control covid cases, but a whopping 13,000 will be trackside this weekend at Imola. Oh wait, didn't I just read that local authorities are now freaking out about case numbers and spectators will probably be banned again at the eleventh hour.

Yep. Time for another coffee.

There's so much talent in Formula 1, and that's the important thing. Sure, Kevin Magnussen is being replaced by the son of a Russian oligarch, but let's brush that aside. It's also pretty irrelevant that George Russell - the only other driver with a Verstappen-like qualifying record against his teammate - is apparently fighting for his seat. That's just F1. The really important thing is that Antonio Giovinazzi is keeping his place next year. Oh, and Racing Point is keeping Lance Stroll rather than that untalented Mexican pay-driver ... Sergio-something. And thank GOD the brilliant and totally self-made Nicholas Latifi has proved his worth and will be back on the last row of the grid next year. All's well in Formula 1.

All jokes aside, Formula 1 is clearly up Schmitt's Creek, but there's always a silver lining. Spectators may be locked out of the circuit or straining to hear the "warble warble warble" of drivers in masks being interviewed, and Liberty Media is wondering how long the new covid business model of paying for races rather than being paid might last, but His Excellence Joe Saward has lost his only claim to F1 fame by being tragically stuck in his Mum's basement just like the rest of us. As my Grandma always said: there's always something to brighten your day, son. 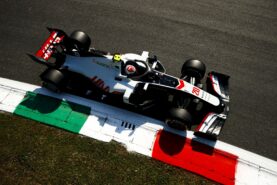 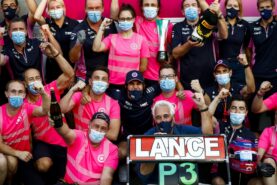