Both Daimler and Toto Wolff continue to issue statements proclaiming their respective commitments to the Mercedes F1 team.

Daimler recently said, "Speculation regarding a potential withdrawal from Formula 1 continues to be unfounded and irresponsible.

"The sport has taken the right measures to address the consequences of the Covid-19 pandemic and its future financial sustainability, and we welcome these steps.

"It is our clear intention to continue competing in Formula 1 as a Mercedes-Benz works team in the years to come, and to do so with our managing partner Toto Wolff."

At Sochi Wolff said he still is not sure what official role he will have in 2021.

He told Sky Deutschland, "It looks like I'm staying, in what role, I don't know yet.

"I have to think about what the next few years will be like and make the right decision for my family too.

"It doesn't mean I'm quitting as team principal, but I'm looking ahead further down the road.

"I'm a shareholder and co-owner of the team so I wouldn't say that's it and I'm out of here, on the contrary - I'm just contemplating.”

Sir Jim Ratcliffe, the UK’s richest person and current principle partner to Mercedes through his INEOS group has other ideas.

Radcliffe like most billionaires likes to be top dog and has his sights on the ownership of the team something he has a track record with his ownership of his other sporting entities.

He owns INEOS Team UK the America’s Cup sailing team in which his investment is in the region of £110m, the Team Sky cycling team he purchased and rebranded as Team INEOS, and football clubs FC Lausanne-Sport and OGC Nice.

Ratcliffe may have to stagger his ownership by firstly buying Toto’s 30% shareholding for an estimated €300m to add to Toto’s reputed €500m fortune.

Daimler will likely sell 40% of their shareholding to Ratcliffe giving him 70% ownership and crucially as part of the deal, the Mercedes name will be dropped.

It is worth noting Daimler has never held more than 60% ownership of the team (the late Niki Lauda owned 10% which reverted to Daimler after his passing.)

Daimler will retain ownership of the Mercedes AMG High-Performance Powertrains business which is believed to be profitable. If Daimler, no longer competes as Mercedes F1 this may open the door to supply the Red Bull and AlphaTauri teams after Honda's departure helping them to achieve a dominant position of engine supplier to F1 and pave the way for the eventual sale of their remaining 30% in the race team.

Mercedes future will be increasingly in the electric vehicles market and Daimler may wish to concentrate their efforts here over the next 10 years including a championship-winning Formula-E team.

So apart from ego why is Ratcliffe so interested in owning the team?

"If we succeed in using e-fuels from 2023, we will also be flexible in our choice of engine architecture, he said. "Then you can also think about a less complex engine, as long as it remains efficient."

This will be part of Ratcliffe’s master plan for INEOS to be not only associated with the next generation of fuels but also involved in their development. INEOS is already heavily invested in biofuels through INEOS Bio which owns a giant refinery in Florida.

Secondly, INESO is not a consumer brand and to that extent, Ratcliffe gets less bang for his bucks in F1 but his latest venture is very much a consumer brand, the new 4×4 off-roader vehicle the Grenadier. This is a project Ratcliffe has sunk a billion Euros into, so he means business.

So, the team will in essence become another car manufacturer in F1 joining Mercedes, Ferrari, Renault, Alfa Romeo, Aston Martin, and McLaren.

The irony is the vehicle is set to compete heavily with amongst others the Mercedes G-Class.

So Ratcliffe will benefit from the growth of ‘e-fuels’ and the sales of his 4x4 vehicles.

Ratcliffe can well afford the purchase with a personal wealth of £17.5 billion which will increase after his recent move to Monaco where according to The Guardian newspaper the move could save him £3 billion in tax.

As the pandemic wreaks havoc on people’s health and incomes it is estimated Ratcliffe’s wealth has gone up by £1.25 billion during the coronavirus pandemic.

Interestingly Daimler has started to change their position when a Mercedes spokesperson was questioned at Sochi about the INEOS takeover rumours they simply said: "We ask for your understanding that we don't comment on rumour and speculation." Really why then did they comment before?

As for Toto well he has admitted he held talks with Liberty Media about replacing Chase Carey as CEO but said Ferrari would have vetoed the move to F1’s top job.

Well as one door closes another one opens and maybe Toto will replace Jean Todt as president of the FIA! 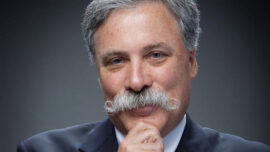 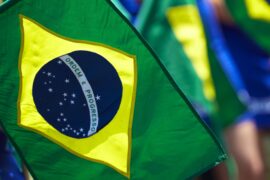