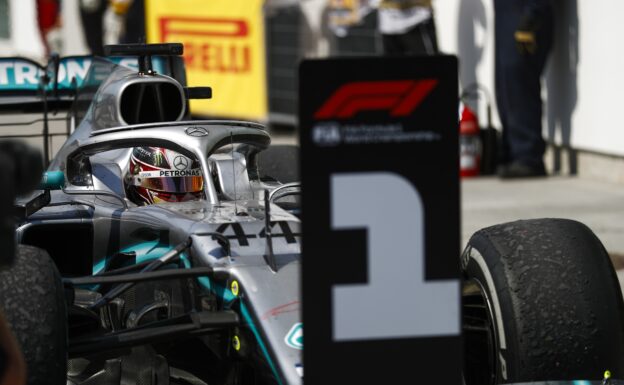 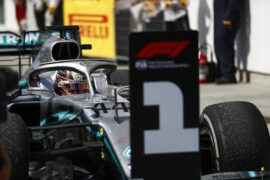 Lewis Hamilton gets the win in Canadian GP 2019

Lewis Hamilton scored the 50th Canadian Formula 1 Grand today. The Mercedes driver got his 78th Formula 1 race win and the 95th victory for Mercedes after a 5 second penalty was given by the stewards to Sebastian Vettel for an unsafe return on the track in the Ferrari.

On the formation lap Lewis Hamilton's car almost stalled, but he was able to get away. Alexander Albon came into the pits for a new nose after he got sandwiched by Antonio Giovianzzi and Sergio Pérez.

After 7 laps Max Verstappen passed Lando Norris for P8 on th e straight and drove to Valtteri Bottas his Mercedes who is held up by the Renault of Daniel Ricciardo.

Pierre Gasly was the first to do a pit stop. He switched from the Soft tyre to the Hard (white) tyre and returned to the track on P13 in lap 9.

Lando Norris was the first to retire because his suspension failed of the rear right wheel on the main straight. 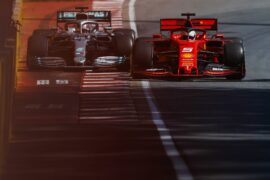 In lap 27 Giovinazzi spun in turn 2, but was able to return to the track and go on. In lap 31 Bottas also did his pitstop to switch to the hard tyre compound and returned to the track on P6.

Ferrari driver Charles Leclerc did his pitstop at the end of lap 34. He returned to the track as 4th, just behind Verstappen in the Red Bull.

In lap 48 Vettel almost lost control of the Ferrari and Hamilton had to react very quickly to avoid a collision in turn 4. When Verstappen came in for new tyres. He got new medium tyres and returned to the track on P7 in front of his team mate.

Vettel received a 5 seconds time penalty for impeding Hamilton when he came back on the the track and finished 2nd because of his penalty.

Below you can watch the footage of the Vettel incident during the Canadian GP;

We also have the animated timelapse of the 2019 Canadian F1 GP for you in which you can clearly see how fast Mercedes and Ferrari were ahead of the Red Bull's. 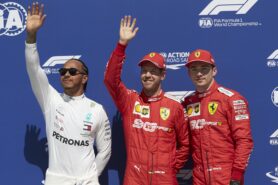 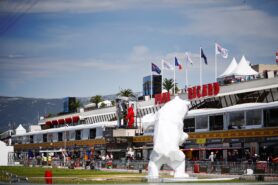