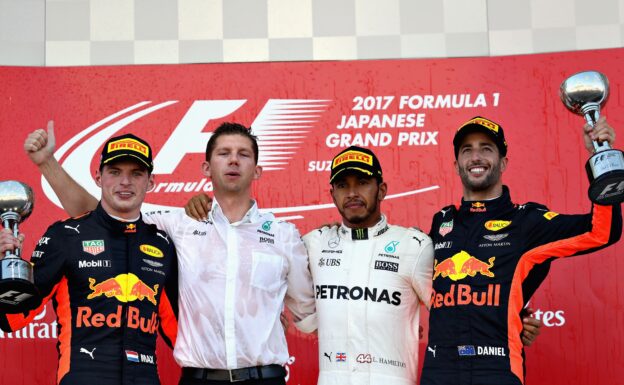 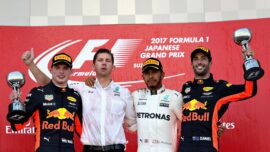 Lewis Hamilton won the Japanese Grand Prix in Suzuka today. It was his 61st victory of his F1 career and the 74th for the Mercedes F1 team.

Hamilton started from pole position and lead almost the entire race. Max Verstappen who finished 2nd was able to follow the pace of Hamilton, but could not really attack him. Hamilton was able to keep the gap around 3 seconds until the last 2 laps, where Verstappen was right on his tail.

Max Verstappen had a very good start en jumped from 4th to 3rd place after the red lights turned off by passing his Red Bull team mate Daniel Ricciardo. He also passed Sebastian Vettel in the first lap of the Japanese Grand Prix.

Ferrari driver and title contender  Sebastian Vettel again had technical problems with the SF70H and had to retire his car in the 4th lap of the race.

Daniel Ricciardo had a solid drive and finished 3rd with Mercedes driver Valtteri Bottas right on his tail. 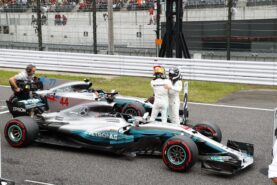 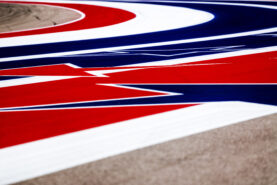