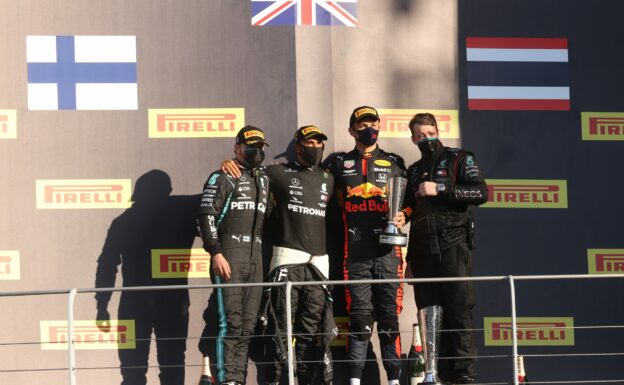 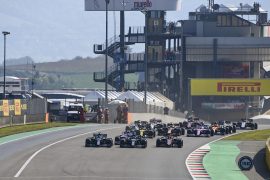 Lewis Hamilton won his 90th F1 race at the 2020 Tuscan F1 GP today. He started from pole position and won the first ever race at Mugello circuit. It was his 6th race win of the 2020 F1 season and the 109th victory for the Mercedes team.

Lewis Hamilton had a bad get away at the start and Valtteri Bottas passed his Mercedes team mate and at first Max Verstappen had a great start in the Red Bull from P3 and almost passed Lewis Hamilton who started from pole. Just when he got alongside the Mercedes driver the Dutchman lost power and a lot of drivers had to do avoiding actions. After turn 1 it was Pierre Gasly who collided with the Alfa Romeo of Kimi Raikkonen and the Haas of Romain Grosjean who drive side by side and hit the Red Bull of Verstappen and ended the race for both drivers. 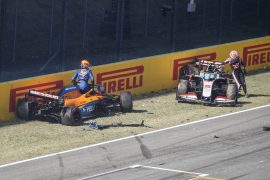 The safety car deployed and 7 laps later the race resumed and was ended quickly with a red flag because right after the restart several cars crashed when the drivers in the back of the grid accelerated to quickly and crashed out of the race. It was the end of the race for Antonio Giovinazzi (Alfa Romeo), Carlos Sainz (McLaren), Nicholas Latifi (Williams) and Kevin Magnussen (Haas). All cars had to park their car in the pit lane.

At the restart Hamilton had a much better start and overtook Bottas at turn 1 for the lead. There were already 10 laps done, but not even 1 lap was driven at race pace. Both Mercedes cars switched to medium tyres during the red flag period and took off into the distance. The Ferrari of Charles Leclerc, who was doing a very good job for the embattled team that celebrates the 1.000th F1 race start was driving around on P3 at a pace that was 1 second slower than the leader.

In lap 12 the DRS system was activated for the first time. In lap 15 the only Renault on track with Daniel Ricciardo behind the wheel was flying past the Racing Point of Sergio Perez. The Australian is desperate for a podium after a drought since Monaco 2018. In lap 18 Racing Point driver Lance Stroll overtook Leclerc for P3. Ricciardo did the same one lap later.

In lap 32 Bottas came in to switch to the hard tyres. One lap later Hamilton did the same and returned to the track as leader. After all pitstops Ricciardo had passed Stroll for P3 and his first ever Renault podium. The last podium for Renault was scored by Nick Heidfeld back 2011 during the Malaysian Grand Prix. 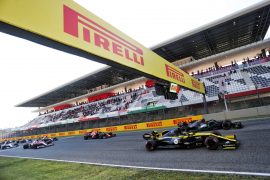 In lap 43 Stroll lost control of the Racing Point when he got a rear left puncture in turn 9. The Canadian driver had a high speed crash into the barrier of turn 9 which is taken flat out. The whole car was demolished. Fortunately the Canadian driver was unhurt and could step out of the wreck. The red Mercedes safety car again had to come out and all cars came in for a free pitstop. After 2 laps behind the safety car the red flag again was waved and the race got stopped for the second time to repair the barriers and recover the Racing Point RP20 of Stroll.

The third restart of this first ever Tuscan GP took a while and the race got restarted at 17:15 hours local time. Ricciardo who started from P3 had a great start in the Renault and even took P2 from Bottas. Statistics showed the Australian driver accelerated in 4.2 seconds from 0 to 200 kph (124 mph). One lap later Bottas took back P2 from Ricciardo. Three laps later Alex Albon also overtook Ricciardo for P3 to win his first ever podium.

The pace of the Thai driver was great on the soft tyres. All cars had fitted the soft tyres at the restart for the last 12 laps of the race. He even was able to push Bottas for P2 but didn't became a real threat. 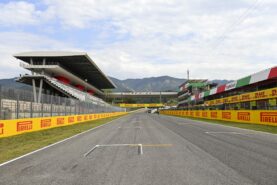 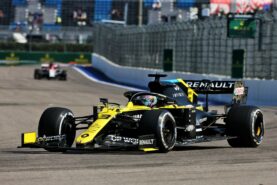