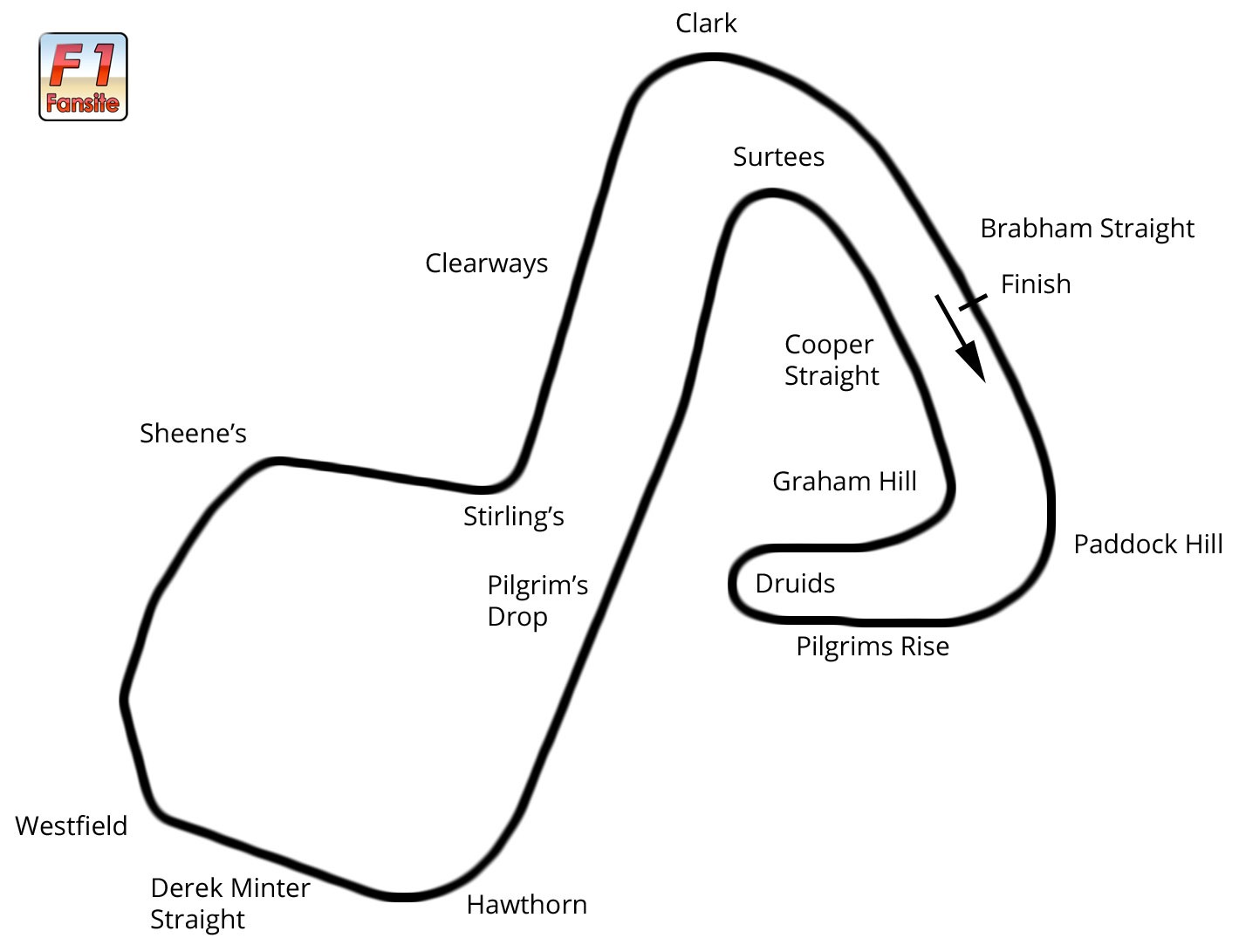 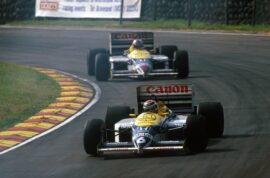 Brands Hatch first used as a grasstrack motorcycle circuit on farmland, it hosted 12 runnings of the British Grand Prix between 1964 and 1986 and currently hosts many British and International racing events. The venue is owned and operated by Jonathan Palmer's MotorSport Vision organisation.

Gerhard Berger once said that Brands Hatch is "the best circuit in the world". Paddock Hill Bend is a renowned corner.

The full Grand Prix circuit begins on the Brabham Straight, an off-camber, slightly curved stretch, before plunging into the right-hander at Paddock Hill Bend, with gradients of 8%.[1] Despite the difficulty of the curve, due to the straight that precedes it, it is one of the track's few overtaking spots. The next corner, Druids, is a hairpin bend, negotiated after an uphill braking zone at Hailwood Hill.

The track then curves around the south bank spectator area into the downhill, off-camber Graham Hill Bend, and another, slightly bent stretch at the Cooper Straight, which runs parallel to the pit lane. After the straight, the circuit climbs uphill though the decreasing-radius Surtees turn, before moving onto the back straight where the track's top speeds can be reached. The most significant elevation changes on the circuit occur here at Pilgrim's Drop and Hawthorn Hill, which leads into Hawthorn Bend (with some parts approaching 7%).

The track then loops around the woodland with a series of mid-speed corners, most notably the dip at Westfield and Dingle Dell and the blind Sheene curve. From there the track then emerges from the left hand and cambered Stirlings Bend onto the short straight to Clearways and rejoins the Indy Circuit for Clark Curve with its uphill off-camber approach to the pit straight and the start/finish line.